Fire, gasoline, dynamite, adrenaline! Steady, it’s barely half past 9 in the UK. But San Marino is here for an energetic start. This is maybe the most anticipated rehearsal for me, and the big question is will we, won’t we get an appearance from Mr Rida? 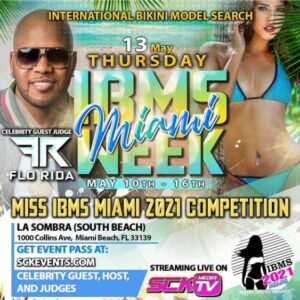 I’m hazarding a guess at no. At least not in person, and not today. Remember the Eurovision version is billed only as Senhit, unlike the single release which names both artists. He has another gig in Miami on Thursday judging bikinis, and I think I know which he’ll prioritise. It’s down to Senhit and maybe a hologram/video, if they allow his vocals to count as backing and pre-recorded, or maybe another rapper entirely. I wonder if Jenny B has a bikini judging appointment she could cancel?

Senhit arrives in an oversized headdress with religious iconography. It being such a preposterous garment it’s quickly removed for reasons of practicality to allow her to get on with the song. Her rotating diamond plinth from the video is in action and it spins Senhit and a troupe of 4 dancers around.

Said dancers are in faux satin suits in a blush pink nearly nude hue, with balaclavas in a matching shade. The bottoms are shorts with high socks, or maybe even stockings, and red boots. Proper natty! The parade around with Senhit in what is actually quite a toned-down part of the performance. It’s no less effective though: maybe Senhit has learned less is a little bit more.

The rap is delivered by a live-action alternative rapper, but I’m led to believe he is actually a stand in: the way is still open for Mr Rida – maybe in time for the dress rehearsals, if he can’t get out of his bikini show.

A burst of colour and energy and a lot of batshit craziness makes this a fantastic and FUN opener to the second semi-final. Bravo. Let’s get San Marino’s third qualification, and who knows – third time lucky for their best ever result?