This is another case of it wasn’t broke, so there’s nothing to fix. Hooverphonic turned in three perfect rehearsals again today, banking points with the Press Centre and doubtless setting themselves up for jury voting love.

I do share the concern that maybe they won’t set the telephone lines on fire, as it’s perhaps a modicum downbeat compared with Croatia before and Israel right after, but that could equally favor them. Certainly, I think they’ll score sufficient points to transfer to the big show. From there, it’s all down to where they factor in the running order. It still has the potential to score big. It’s so slick, so professional, so assured.

Geike looked more at ease today – which is a good thing given her face appears to be projected live on the backdrop. She held the camera throughout as it moved around. There’s a huge sweeping shot towards the end that felt new, before we zoom back in for the Johnny Cash T-shirt line. 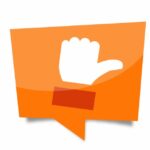 I just don’t see this failing with the jury and they surely have enough of a following to push it over the line. I’m still saying borderline because I’m a realist. And a huge huge fan.