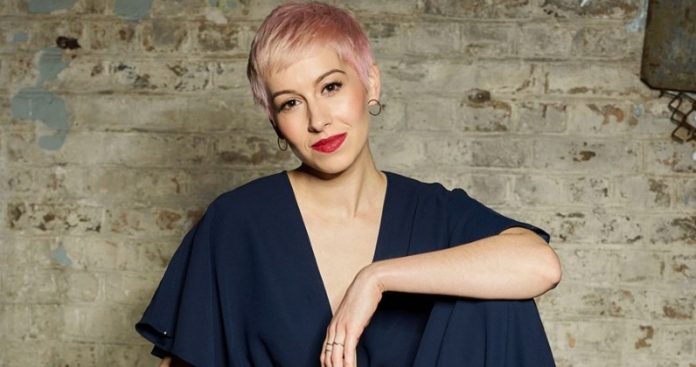 I usually start the countdown at the beginning, after all it is a very good place to start, but this year in a cynical attempt to curry favour with my local broadcaster and artiste…. Or just because I really should, I’m starting with the home entry.

I said on the radio the day before Eurovision: You Decide that SuRie was “in with a chance” of winning the ticket and that she’d be the most likely winner – and it’s great to be smug isn’t it?

At the Dome in Brighton she was the only performer to either sing properly in tune, or keep the nerves at bay … and do you know why that is people of Europe? That’s because she’s been here before. She knows how to sing and hold an audience in the palm of her hand. I was a touch worried that the song was in a key too high for her, but am glad that the decision has been made to lower the song at least a semi and maybe a full tone into something which my ears are much happier with.

SuRie sounds like Annie Lennox … a bit … She looks like her … a bit, if you squint hard enough or after 40 Babychams. The song has everything a Eurovision song (God, I hate that phrase) should have. It’s anthemic. It’s got long notes, and it has a familiar comforting feeling like when your mother sings you to sleep when you are five years old. All put together, this makes ‘Storm’ possibly the musical equivalent of your favourite jumper … but it doesn’t have holes in the elbows.

It’s a well written, clearly-structured piece of music that, given the rest of the field, stands a major chance of not only finishing higher than 15th but on the left-hand side of the board.

It has its detractors – the usual hate brigade that don’t understand that the Eurovision Song Contest is primarily a TV show, and not their personal property. They feel they can knock SuRie on social media but, in a first for a UK Entry, she gives as good as she gets … and I love it.

Catchy song, engaging performer (who knows where the camera is), simple staging (please Mr/Mrs BBC put your hand in the licence fee pot and buy a wind machine for the song – it’s called ‘Storm’ after all), and a right good hook – as opposed to a good right hook which SuRie might also have.

Juries will love it and you know what, the televoters might too.

[…] after sorting out the UK and nailing some colours to the mast, it’s time to get through the other fourty-two in […]

[…] has started at the far end of the alphabet with the United Kingdom of Stuff. I'm heading down under for […]