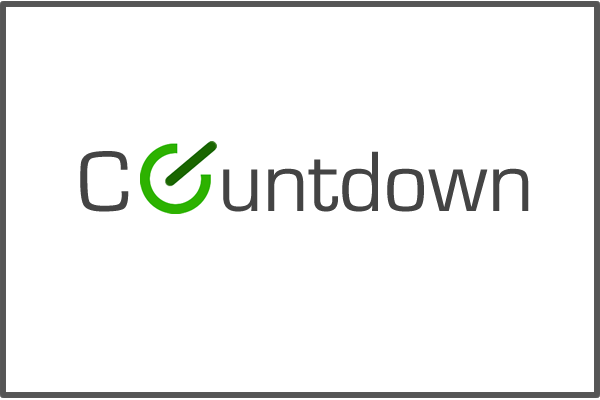 Every few days between now and the Big Show, OnEurope’s pundits continue to share ill-informed ideas about what’s going to win the 2017 Eurovision Song Contest. We’re through to the second semi final now, and the music just won’t stop. Feel free to insult and tell us how very wrong we are in the comments below.

Today, it’s the second part of the second semi-final. We’ll hear these songs on 11th May.

Read part 1 of this semi-final

Mo – If you’re old enough to recall when Tanel and Dave won for Estonia, you will surely understand how shit can float. I can’t deny this is going to hoover up votes. It puts me in mind of the time when Eurovision was plagued by novelty songs. The hook is trad yodel designed to score ear-worm points. None of this makes for an edifying experience. Ilinca Băcilă has got a cracking pair of lungs on her, even if her stage companion looks like he’s been dragged the length of Brighton’s North Laine by his man bun. ‘Yodel it’ does kind of get old very quickly though, and she’s terribly screechy by the end. I’m just hoping people will smile, reach for the crisps and ask what’s next. It should have made me smile. Instead it made me quite sad.

Phil – I am old enough and recall exactly how I felt … I loved it because it stuck two fingers up at the contest and said, “see, popular light pop can still win”.  This, however, is very odd indeed.  It’s almost as though the yodelling is an afterthought in a faux rapping/chanting song sung by man-bun man and, much as I hate to agree with Mo, it gets old faster than Dave and Tanel!  She is very out of tune later in the song and if this is a precursor to their actual live performance in the contest, it’s falling on it’s face!

Phil’s score: 1 Point (because its not this)

Valentina – YO-DE-LEEEEY-EEEEEY…. YO-DE-LAAAAY-OOOH!! Yes, it is trash! But it’s hugely entertaining trash and good fun! What more could you want in a Eurovision hit? Yes, you have to wonder why anyone would consider penning a song that combines rap and yodelling, but I’m quite glad they did… just to experience it! Besides… Serbia came back after missing one year to win… so did Ukraine… Bucharest 2018, anyone?

Monty – The whole package, were you to cut it open, would have Eurovision written through it like a stick of rock. The bizarre melange of styles, whilst unlikely, is still precisely the kind of thing so associated with the Contest, and where else (apart from Romanian TV talent shows) would you get this kind of guff as prime time telly? It’s obviously as naff as you like, but my goodness, it’s also all the kinds of glorious! It will be criminal is this is denied a Saturday night outing.

Mo – Imagine if you will three slices of white bread form a pop band and record a song. ‘Lights and Shadows’ is the very epitome of plastic pop. What disappoints most is that it comes after a few years of the Dutch appearing to put in genuine effort. I was almost sure that one day soon we’d be in Amsterdam. And perhaps we will. That day won’t be in May 2018.

Phil – As has been said in other places than here, it sounds like this. You listen to ‘Lights and Shadows’ and tell me I’m wrong. Go on! It’s mid 80’s pop distilled 30 years later and it hurts. It is almost written to the wrong formula, just in case when things go wrong AVROTROS can say “wasn’t us guv’, we did what we were supposed to do”. They haven’t. It’s not awful, but it’s close and, sadly, you can tell that the girls have done the Junior Eurovision Song Contest before … and not moved on from that, because this would fit in there.

Valentina – I’m a little torn about this song. These girls are obviously talented, harmonise together beautifully and the story behind the song is heart-tugging. So why does the end result feel a touch mediocre? To echo Mo, I am convinced we’ll be back in the Netherlands before long for a Eurovision win. This song, however, is quite unlikely to bring that win. It’s not the worst song on offer this year, not by a long shot. But yeah… feels quite safe and as a result, uninspiring…

Monty – I can’t hate it, but I also can’t really love it either, it’s just kind of there: unadventurous, derivative, and safe – for the un-experimental listener, at least, I’m not sure there’s enough to it to be safe in terms of qualification. But then safe sells, and middle of the road is popular. It didn’t do The Netherlands any harm with The Common Linnets after all, but pleasant as the girls seem I just can’t see them pulling off a result anywhere near that good.

Mo – Just as Armenia gave us ethno-pop in the first semi, here comes Hungary. The video is quite beautiful, but I have the idea Joci will struggle to create anything much on stage. By the time the rap set in, I’d lost the will. Was this really the best on offer at A Dal?

Phil –  Instantly forgettable and I’d followed A Dal, but wished that something other than this would have won. To me it’s just wailing and rap and … meh

Monty – This is the kind of music that I love, and Juicy Papi’s self-penned ditty has certainly got my juices flowing. With sumptuous Romani sounds this just oozes exotic excitement, with the added bonus of some rap I can’t understand but am pleasantly disposed to as Juciy Papi pumps it out.

Valentina – Oh, who can resist a good bit of ethnic chanting with a gypsy curse thrown in too? It’s fantastic! From the first listen I was bewitched and it remains one of my firm favourites this year! My one possible concern is that it does in some respects sound like “1944 pt. II”… that, and Romani language songs have never traditionally faired well at Eurovision… this being said, if ever there was a song to break this curse, Orgio is definitely it!

Denmark – Anja – Where I am

Mo – Anja is all over the stage like she’s got worms or something. Perhaps she’s trying to breathe life into a Eurovision-by-numbers mid-tempo ballad. In days of old, you could barely get a fag paper between the Danes and the Dutch. they both tended to enter laid-back well-produced numbers, that despite everyone’s best effort failed to set the stage on fire. The Dutch had taken a  different path of late (until this year). Enough said. Twelve points from Australia though.

Phil – Eurovision-by-numbers Mo? More like Denmark by numbers, I am afraid. It’s the same old tired, safe song that they have been putting in for years. DR seem to like this sort of thing and worryingly, so do the Danish public. However Danes tend to get “a bit miffed” when Europe say “we don’t like this” Sadly though, they are going to say it again this year.  Same old song, same old result.

Monty – It’s not that it’s terrible, in fact, both the song and Anja are mildly engaging. But not very. Her mid-tempo power ballad may hit some impressive notes, but beyond those it’s a bit style over substance. Those people you see in the video dashing out to the loo as she starts have the right idea. I would be having a look to see if the bar’s still open as well, as even at Danish prices it would help you think this was just a little bit more interesting.

Valentina – Oh Denmark… how the mighty have fallen… through the early 2010s, they were a force to be reckoned with, but nose-dived in the middle of the decade. Admittedly, this song is enough to pull them from that smouldering crater. It’s not their best ever entry, but it’s a pleasant song that will definitely have its fans and get a big reaction on the night. Should it qualify (and I’m not sure whether it will, being completely honest!) it’ll be the kind of entry that will pick up points, even if it doesn’t come close to the top of the scoreboard. Baby steps…

21 July – Filling the room with pain

Romania – Rap and Yodel, what an awful combination. I can’t stand rap and I only accept yodelling when it comes from Julie Andrews’ mouth in the Sound of Music. This novelty song written all over it. Unfortunately it will attract a lot people who think this is what Eurovision all about.

The Netherlands – Their harmonies work for them and the fact they are between 2 very noisy entries, but the song itself is not really melodic. There is several times where the melody breaks up in order to show off their technical perfection.
In the process of selection, there was apparently, at least 1 better song presented to them, but they just didn’t want to do and it also appears that they were set from the start to sing a song written by their father, which didn’t leave much options for other songs to be even considered.
I think this is set back for the Dutch. Instead of going forward with quality entries, the Dutch has gone a bit backwards. Well, there is always 2018.

Hungary – on first listen, I have dismissed the song as rubbish, but now I think this actually not as bad as I first perceived. That is until the Rap section get in and destroy for me what is till than a very enjoyable song. The rap simply blocks me from enjoying this to the full.

Denmark – Safe doesn’t have to be bad and this is safe with the intention that it will get them out side the semi and this is quite competent song but what hold me for liking this is that on a certain point she starts shouting at me and I just want to shut my ears until she finish. Tone down girl, it would be better for you and to the audience listening to you.