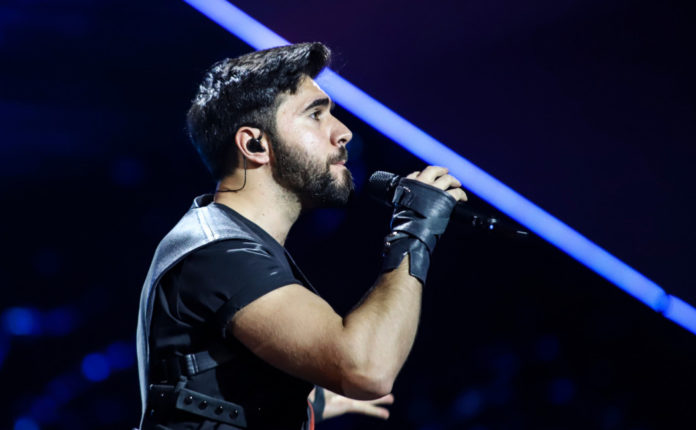 Chingiz can certainly do no wrong as far as I’m concerned (and lots of people in the Press Centre … and even the non-gays!)

This had robot arms, straight out of a mid-80s Austin Rover factory (the ones that build the doors I’d imagine) and laser pointer things making a heart on Chingiz’s chest, and then scanning him like some sort of new-fangled Israeli airport security device.

Chingiz himself stood in front of Saaaara Alto’s triangle from last year, but the overall neon look was really good. He even flew from the stage floor by some manner of means, and his vocal stayed steady (because he had a backing singer helping with the lifting).

The song was the problem here. It grew repetitive towards the end, and that threw some shade on the performance.

Still clearly in the top ten of this semi-final, but I’m not sure where to place it in the final.

20 September – Tell me where have you been

30 August – You said I was your fantasy