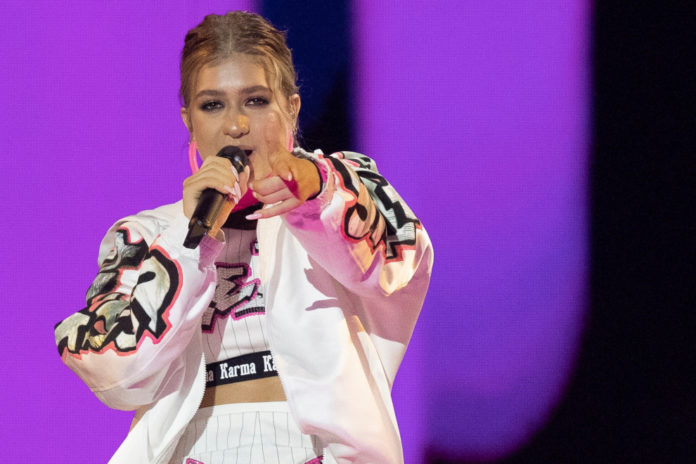 See what I did there?

We got a slice of pop in a sea of boredom, and ZENA was a breath of fresh air.

She sill bopped about the stage and the backing dancers stripped off her jacket half way through the song … if in doubt, do a costume change.

Don’t misunderstand me, though, she still sang the same phrase over and over and over again, and her diction was noticeably poor (but then again, it’s not in her first language) and I noticed that the backing lights were in the Belarusian national colours (blue, white and green – Mr Lukashenko), but everything was so much better than in her first rehearsal that it’s now in with a squeak of qualifying.