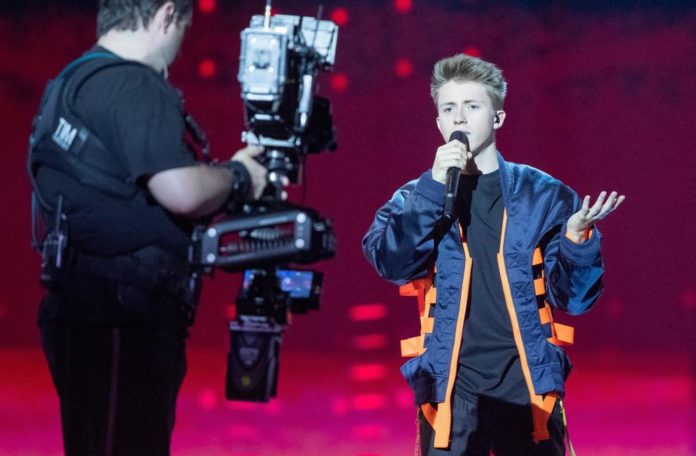 Eliot (spelled correctly this time) was like an un-interested teenager on stage, looking as if everything was too much effort, and sometimes that came across on the screen. I guess, though, that was the look he was going for.

He sang it well and the backing drummers set the thing off nicely, but to my tired and old ears, the song was more background music (or filler on an album) than something designed to win the contest.

Yes, it will do well in this Semi Final, because ten have to qualify. My issue is with the next part of the contest, and how on earth this song will stand out enough. I don’t think it will.

As a side note, the jump suit was still just as hideous as it was on the first day.

28 September – My shoulder, my shelter, my satellite