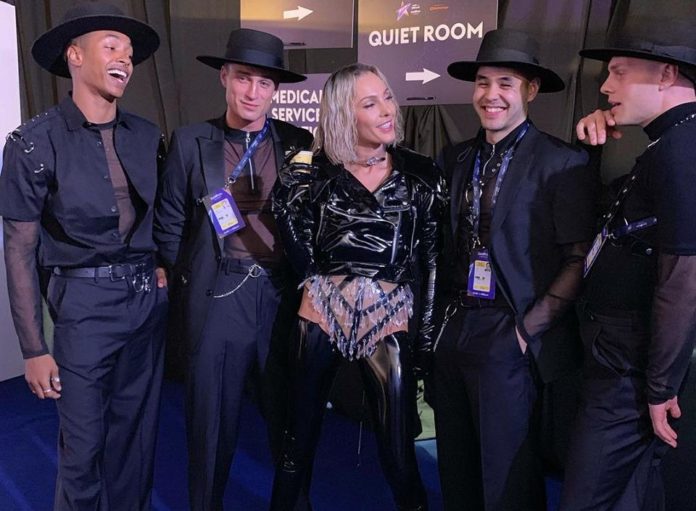 Well as per tradition, there was ‘une problem technique’ in the press centre and this meant we could see but not hear Tamta … but trust me, that’s all we needed in order to know what was going on.

Edit: The official video below lets you hear what we couldn’t!

There was a lot of dancing and gyrating and light pillars. In fact everything other than a kitchen sink appeared to have been thrown at ‘Re-Play’, and the inevitable costume change saw her original dress being ripped off by some of her four backing dancers (and her bejeweled underwear shown to the hall).

Visually, it was very black and white – the so-called de rigeur colours at a Eurovision, however it was also very “Eurovision-by-numbers” … but this was Cyprus, so what else should I have expected?

(Audio in the Press Centre, but you cant have everything – seemingly).

Edit – Their final run through had pyro and a smoke machine… clearly they have the Euro to throw about!

7 October – I feel it in the air tonight

6 September – Close your eyes and dream, and visualise a rainbow