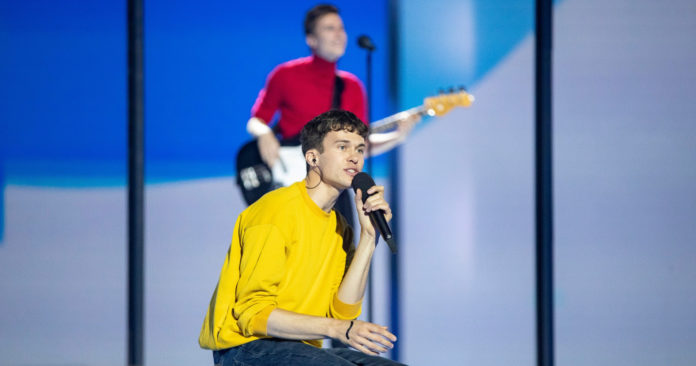 Things improved in Tel Aviv. Those in charge plumbed sound into the Press Centre, just in time for the Czech Republic.

Yes, I know that they shouldn’t have been up second. We should  have been enjoying the musings of Montenegro, but “logistical reasons” prevented this.

Lots of effects in this one. The backing band were in boxes, which got shown around the screen enhancing the so-called modern feel. Albert still did his mockney – and it grated even more so as far as I was concerned. He also did the “whipping the crowd up” to get them clapping along towards the end; a move that can only go wrong (as it has in the past).

From a technical perspective, on his first run through he complained about his click-track and the backing singer levels had to be checked, but other than that all decent stuff.

As has been remarked before, ‘Friend of a Friend’ is a low maintenance song, sung by someone either very smug or confident in his abilities … and I don’t know which. When I saw it for the second time on screen, it didn’t come across as well as it could have.