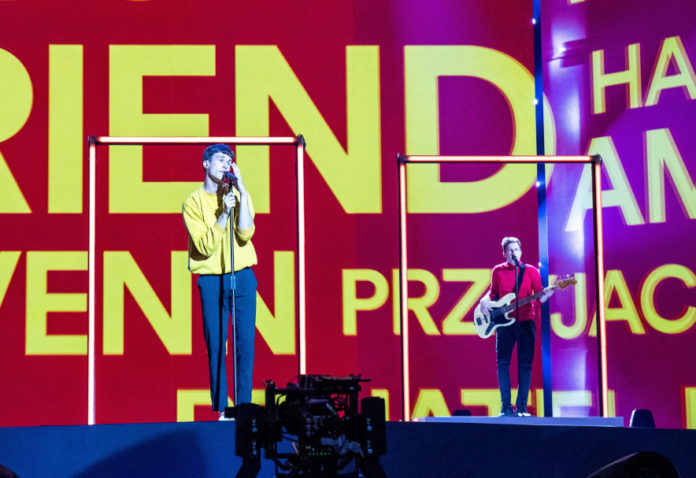 So – Czechia (as no one calls them) should have been on stage at approximately five past the hour – it’s now twenty five past and nothing has appeared in the hall so *either* we’re having a problem technique OR something is running late.

Probably trying to get Schnitzel from the food van outside

Update: So, it seems there was a problem on the screens so I can’t tell you what the Czech Republic was like cos, well, didn’t see or hear it.

Make up your own mind.