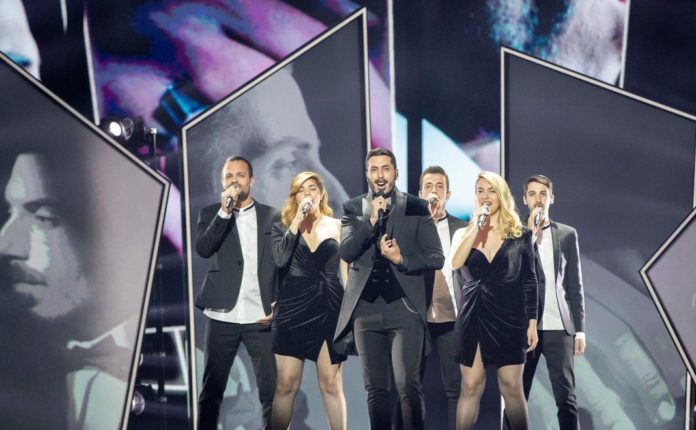 After the closed door 30-minute Moldovan extra rehearsal we had Israel.

Kobi was still dressed like a waiter on stage, and I genuinely think that this is a song more for home consumption than the wider international audience.

There isn’t a lot you can do with this song visually. In a nod to entries past, Kobi and his backing singers do the Israeli Eurovision sideways strut and gather in the centre of the stage.

He walked out on the prongs of the stage towards the end – and there is still the big lighting effect, but I felt generally underwhelmed at this song.

I want to say that this song is going to do well for Israel, but I get the feeling it’s going to do precisely nothing.

Israel second rehearsal: no significant changes. Some nicer camera angles. Much more pryo for ending. Nice, but unremarkable from the hosts. ESCTips

Israel will sing 14th in the grand final.