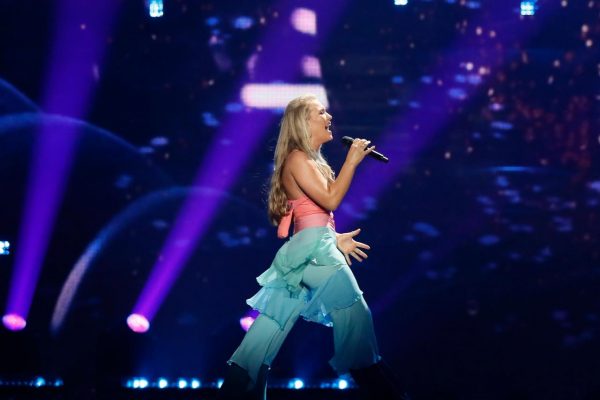 There is nothing wrong with Anja per se. This song through, is typical of the “Danish Problem” – they seem to rehash the same entry every year (with the exception of Basim from two years ago) and it always seems to come out as a piece of throw-away generic shuffle pop.

And so we’re here again, even down to a shower of gold at the end of Anja’s performance that recalls the staging for Emilie de Forest. And that is where the song falls down. It is so predictable and so generic, that it comes off as boring and staid.

Vocally, as you would expect for someone who wowed The Voice of Australia, she has a great voice, but with this song, she’s flogging a dead horse. Lyrically and musically.

They say if you roll a turd in glitter it’s still a turd.  This is the epitome of that epithet.

10 July – The earth is yours and mine