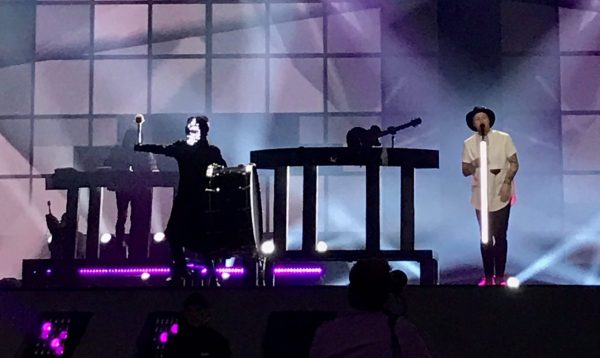 In any other semi-final and in any other year, arguably JOWST would have a decent and normal song that is performed exactly like it was at the National Final – including the 80’s drum kits, the people in masks, the drums, the lot.

However, after the two songs before, three minutes of normal is going to be lost and forgotten, because the “water cooler talk” is going to be: “What on earth was that fat lad/duet all about?”

Believe me, it’s not a bad song – and it was well performed – but it’s been usurped and, frankly, being MEH after the last two songs isn’t gonna get it done.