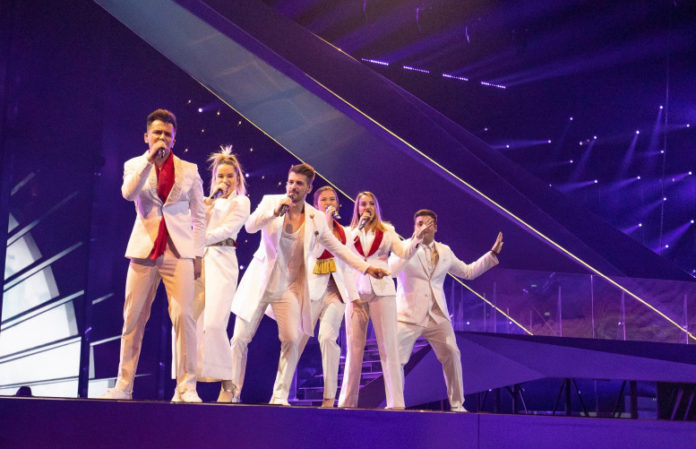 It seems as though the Montenegrins went away and thought about what they did at the first rehearsal … before coming back with essentially the same stage concept, but they have worked magic on the vocals. D-Mol sounded more harmonic and gelled better.

Unfortunately, the singing in a circle and focussing the camera on the good-looking ones was still evident, and the song (and performance) just had a feeling of Glee club sectionals winner, rather than something taking part in an international song contest.

Yes they appeared to be having fun on stage, but it felt so forced. This has accidental last in this semifinal written all over it.

Qualifying? – Hell no, with a side order of fries.