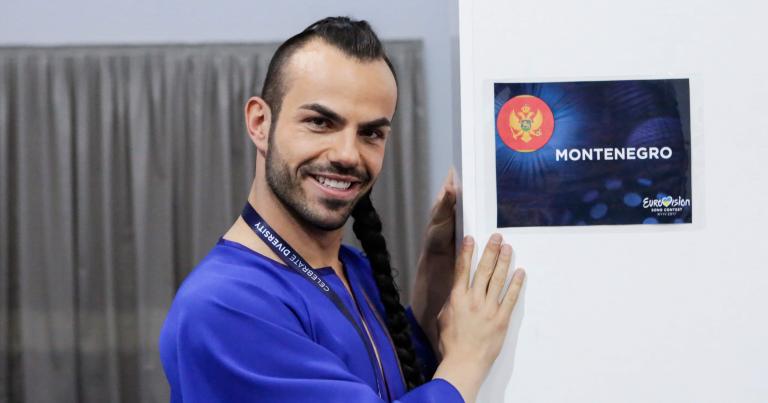 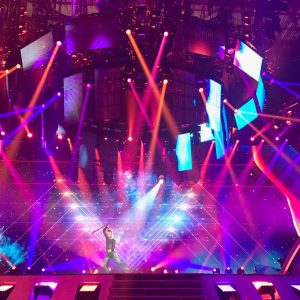 Rarely has there been such an abrupt mood change at the contest, and this may well play to Slavko Kalezić’s chances.

It’s like he took everything gay and poured it into one tiny brown bottle and shoved it under the nose of Eurovision. I get the impression those in Kiev (and elsewhere) were expecting a car crash.

Perhaps somewhat disappointingly, it’s another case of the backdrop being photos of the singer. It’s already feeling like ‘this year’s thing‘. That said, he has fantastic hip action and this is one performer who should know how to fill the space. The clip below looks messy though, like Slavko is still finding his feet. It needs polish.

Of course, the backing singers help carry the chorus, but this sets Slavko free to do what Slavko does best. Coming after shrieking ballads, bland pretty boy pop and a Belgian rabbit in the headlights, ‘Space’ really kicks the contest up a gear. It’s what Saturday was made for.

Will it qualify? I just can’t say. But I know a man who can. And if you are still wondering where the regular team are, they’re somewhere over Europe by now, and you’ll get their take on things from tomorrow.