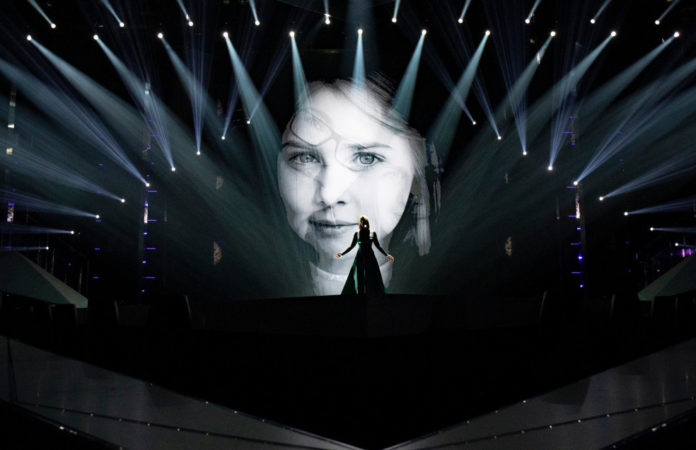 Tamara sold the shit out of this song. Her performance was ballsy and edgy and the staging simple (except for the mirrors). The message I got through the screen was Tamara saying: “Why wouldn’t you vote for me?” … and I had no answer.

This proved without a shadow that if you have a strong song, you don’t need to have everything on stage. It tells its own story

This will mop up votes all over the place in this part of the contest, and get Macedonia (North) through to the final.

Once there, I hope it doesn’t end up next to Sergey and his mirrors, otherwise it could set off a copycat moment in the minds of televoters.

An intense performance. Tamara has replicas of herself in the background facing away from the audience. Nothing much more than her singing into the mic. This will live or die on whether or not the audience picks up on the emotion of the song.Tellystats