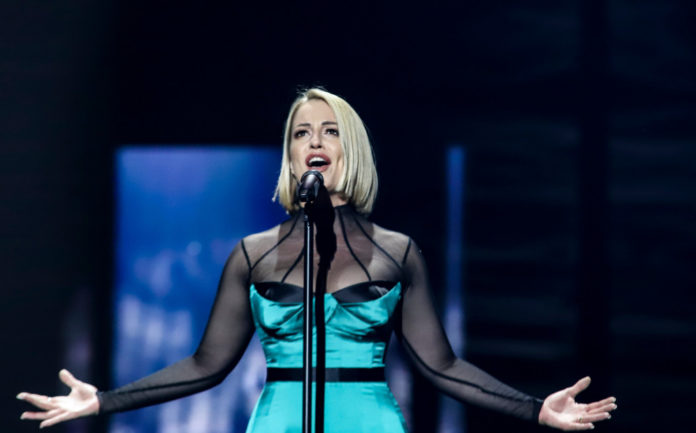 There were no issues with looking down the pipe here folks. She was front and centre and knew which camera the red light was on. She even borrowed Sergey’s mirrors to create a similar on-stage effect, but it wasn’t overplayed and neither was the projection of faces onto the background.

A couple of faltering starts to a couple of the run throughs should prove nothing much to worry about at this stage, and even the teal coloured dress she wore looked good on her, so no styling och consulting mis-steps this year.

I wonder if the delegation know they have a likely qualifier on their hands, and not just because of votes from their mates, but because people will see a complete performance.