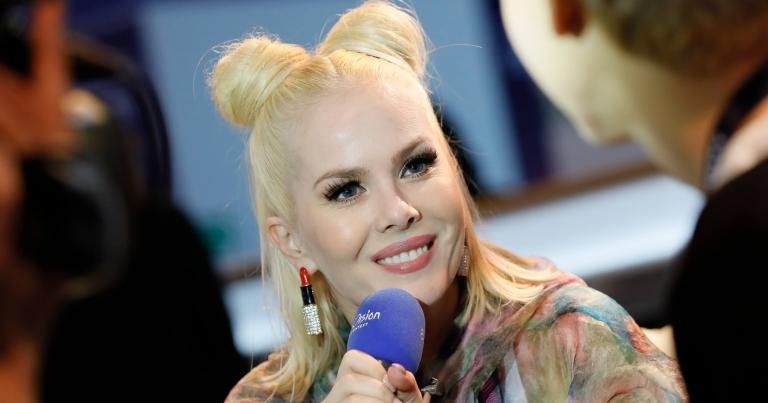 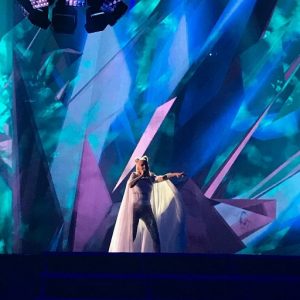 This has all of the ingredients of a good song. It has a decent enough tune, a singer that has a lot of experience – and is a looker for those that like that sort of thing – but the performance and staging leave enough holes to drive a coach through.

It’s said that the Icelandic delegation have lost 42 suitcases. What on earth was in them? She’s currently dressed in her hotel bedsheets and leggings that she must have got from the Ukranian equivalent of M&S (or Lidl). She minces around the stage in this combo (which may be her stage outfit or her toga party costume who knows…) singing in a force ten gale, so that the bed sheet flutters like a flag in the wind – thankfully it’s white so it is a literal flag of surrender!

Svala also has the Mickey Mouse hair buns and some very staid, wooden choreography that owes more than a nod to last year’s song and staging. She’s just rehashed it from a black to white blouse. It all looks very uninspired and, despite the fact that it’s a first rehearsal, it feels as if even if she puts some “effort” in, it’ll still come up short. The  vision part of Eurovision in this performance is so distracting that by the time the viewer actually listens they’ll have gone “Hair… Blouse…Looks silly… ”

Shame, but I agree with the televoter.