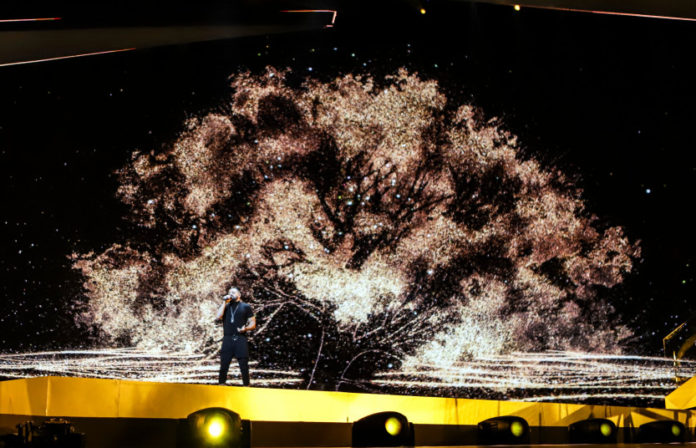 The screens came on near the end of the performance so we didn’t see much of Joci’s rehearsal, but luckily, he went through it again … probably just because he wanted me to tell you all about it.

Things stayed dark and broody and a shoeless Joci started on a randomly placed on-stage box, emoting and smouldering in my direction for three minutes … but I don’t think there will be as big of a connection with the audience. This is possibly because he’s singing in Hungarian, and all people will see are massive heads on stage, they probably won’t get the connection with Fathers.

The big visual cue here was the graphic of a tree in gold on the floor, but even that looked unconnected unless you somehow work out it’s meant to symbolise a family tree!

In better news, the juries are going to save this song, because it’s well-written and crafted and sung well … in fact, I think it’s only going to qualify based on Joci’s performance.