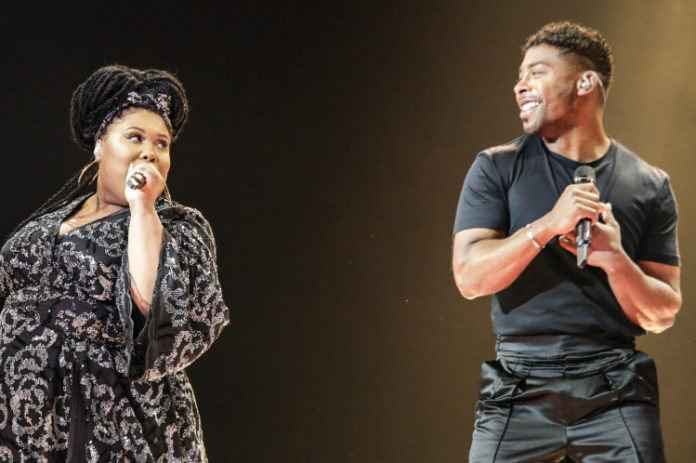 So, before the rehearsal started the question posed around the Press Centre was: “Is Sweden polished enough to challenge for the win?” I mean they seemed to be after their first rehearsal … but this one should really count.

From his first run-through, John sounded absolutely excellent. The vocal mix of the backing singers (which was a touch tinny last time) was spot on. There have been a couple of tweaks: you can now see the backing singers in shadow in the background earlier in the song rather than them appearing in the second verse, and there does seem to be a touch more dry ice on stage.

Overall, the effect of the minor tweaks seems to work and the Press Centre went mad for it on the first run-through.

Have Sweden tweaked enough to get to the top of the table? Perhaps, but nevertheless it’s definitely up there

Is it qualifying? – YES

Since 1959, the Swedish entry has been chosen through an annual televised competition, known since 1967 as Melodifestivalen.

At the 1997 contest, Sweden was one of the first five countries to adopt televoting.

Sweden is one of the most successful competing participants at the Eurovision Song Contest, with a total of six victories, second only to Ireland’s seven wins, and has the most top five results of the 21st century, with 11.

Cornelia Jakobs will represent Sweden in Turin at the 2022 Eurovision Song Contest with ‘Hold me closer’.