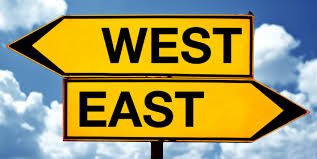 Well, last night was a bit of a turn-up, I hear you say. But was it?

Let’s do this backwards and see what we ended up with.

So what we have are ten songs that are generally strong, have cross border appeal, and all of which have been noticed in the betting … and yet … people insist that because they happen to hail from countries East of the Alps, that this is a Bad Thing (TM). Why?

Is it not entirely possible that Western Europe voted for these songs in droves because they too saw them as the best on offer? Such a radical suggestion has not even been floated on other blogs. Perhaps because the knee-jerk reaction is to see only what ‘fans’ want to see.

Lets face it – Denmark was never in the running. It appealed to one specific part of the audience – those who see Eurovision as a camp old bit of nonsense. And even if that is the case, those viewers didn’t vote. To everyone else, DQ looked ridiculous on screen and the song fell flat. Much as happened to DJ Bobo, who tried too hard to emulate last year’s winner. Maybe the viewers thought ‘this has already won – no need to vote’.

Guri Shanker was far too old for that kind of song, and it did come over a bit like someone’s mother getting up to sing after one too many drinks at a party. Edsilia was lumbered with a dog of a song – written to a formula long since disproved. One the Dutch broadcaster seems to think still matters.

The booing as the winners were announced was definitely for a lack of Andorra as opposed to the presence of Moldova. But from what I hear Anonymous came across flat on TV.

Unfortunately for the UK media and assorted conspiracy theorists, what they call ‘Western Europe’ is still trying to win a contest that has moved on. Too many broadcasters are playing catch up. Eastern Europe gets it. Pan-European appeal works. It’s 2007, not 1985 and participants need to appeal to telephone voters rather than standby juries.

Of course, those broadcasters who invested in a song have every right to feel disappointed – but before they  point fingers, they’d do well to get their own houses in order.