The 2018 Eurovision Song Contest was organised by RTP Portugal, following the victory for Salvador Sobral at the 62nd contest in Kiev.

The semi-finals took place on 8 and 10 May, with the Grand Final on 12 May 2018. All shows were broadcast live from the Altice Arena.

43 countries took part, with Russia returning after a year out.

The running order was released on 3 April 2018. 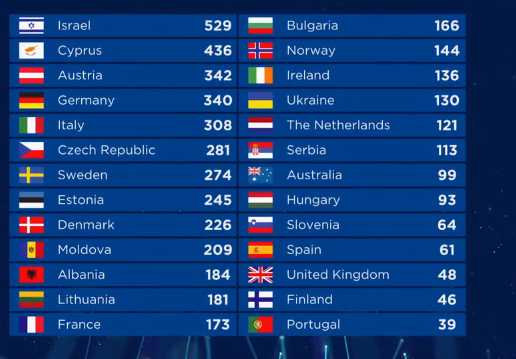