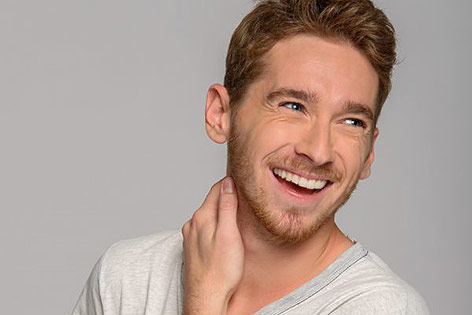 So, awaking from my slumbers here at OnEurope Towers I find the internet a glow with pre-Christmas cheer and the fact that ORF have sneakily released the fact that their singer for Kiev will be Nathan Jones …  We know a song about him don’t we?

I’ve done that thing again, it’s not Nathan Jones … It’s Nathan Trent that is to sing ORF’s entry to Eurovision 2017.

So, what do we know about Mr Trent?

Well, not a lot to be honest. Born in Innsbruck on 4th April 1992 to a semi-famous violinist and an Italian mother, Nathan was brought up to be bilingual.

He was sent away for three years to learn violin and piano (so if it all goes wrong, he could busk), all of which helped him forge a career in musical theatre. His ORF bio suggests that he has appeared in a number of musicals including Footloose, no less. Worryingly for Eurovision ears, the same bio adds that he is still taking singing lessons.

The song itself will be released in February, and as of yet there has been no confirmation of genre, but Nathan’s usual style is described as something between Rock and RnB