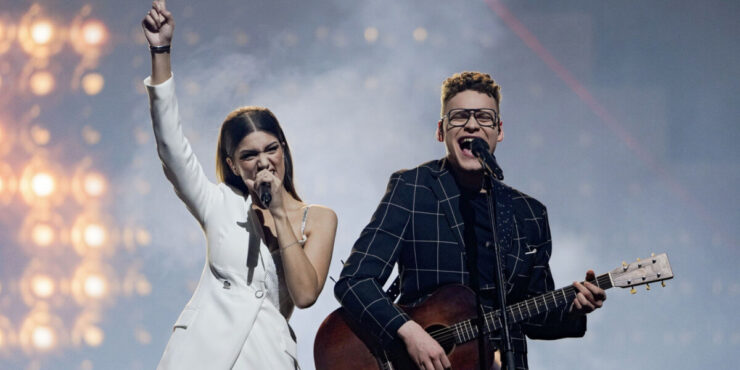 The artistic decision was to go ahead with the scripted show with camera angles largely as planned, which led to some very odd looking shots from the back of the arena at times, and a victory walk through the middle of the empty seats that looked – well – odd.

And who was the winner? Having started the show with ten and ban, we ended it with Ben and Tan taking the victory and a place in semifinal 2 in May with Yes. Emil and Sander Sanchez also made the three song superfinal, at the possibly surprising expense of the well fancied Jasmin Rose and Roxorloops.