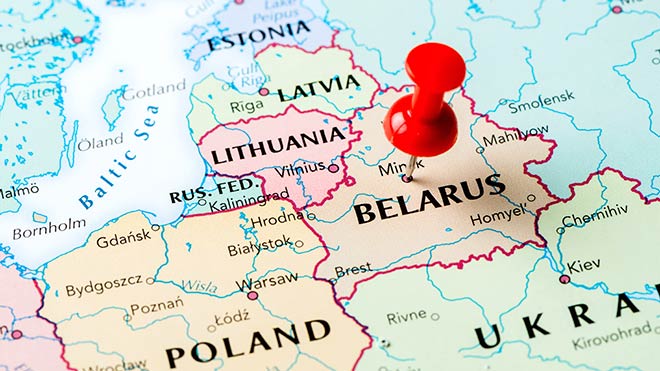 In a statement, the broadcasting body said: “The EBU has been closely monitoring the suppression of media freedom in Belarus and have consistently called on BTRC, as a Member of the EBU, to uphold our core values of freedom of expression, independence and accountability.

“Since the disputed elections last summer, we have been campaigning for the protection of independent journalism and freedom of expression in the country. We have publicly supported journalists at BTRC who have been protesting against government interference. We have also been monitoring BTRC’s coverage and have communicated our concerns to their management.

“In recent weeks, we have been particularly alarmed by the broadcast of interviews apparently obtained under duress.

“We have also monitored other BTRC broadcasts on this issue which have raised other serious and quite exceptional concerns.

“In light of these exceptional developments, the Executive Board has no alternative other than to propose the suspension of BTRC’s membership of the EBU.”

BTRC will have two weeks to respond, before suspension comes into effect.

Aside from today’s decision, Belarus was disqualified from the 2021 Eurovision Song Contest for twice fielding songs deemed to have broken competition rules.

They internally selected pro-government group Galasy ZMesta as their representative, with the song “Ya nauchu tebya (I’ll Teach You)”, but the entry was deemed ineligible to compete.

After their replacement entry “Pesnyu pro zaytsa (Song About Hares)” was also deemed a rule breaker, Belarus was disqualified from the contest on 26 March 2021.

Belarus has participated in the Eurovision Song Contest 16 times since making its debut in 2004.

The country’s first appearance in a final was in 2007, with the song “Work Your Magic” performed by Dmitry Koldun, placing sixth. This remains Belarus’ only top ten placement.

In 2021, BRTC submitted ‘I’ll teach you’  performed by the five-piece group Galasy ZMesta. The lyric appeared to mock protesters who took to the streets against dictator Alexander Lukashenko. The EBU said Belarus would have to rewrite the song, find another entry, or face disqualification.

BRTC proposed a second song that was also unsuitable and found themselves disqualified.

BRTC Belarus is no longer a member of the EBU and as such cannot enter the Eurovision Song Contest.