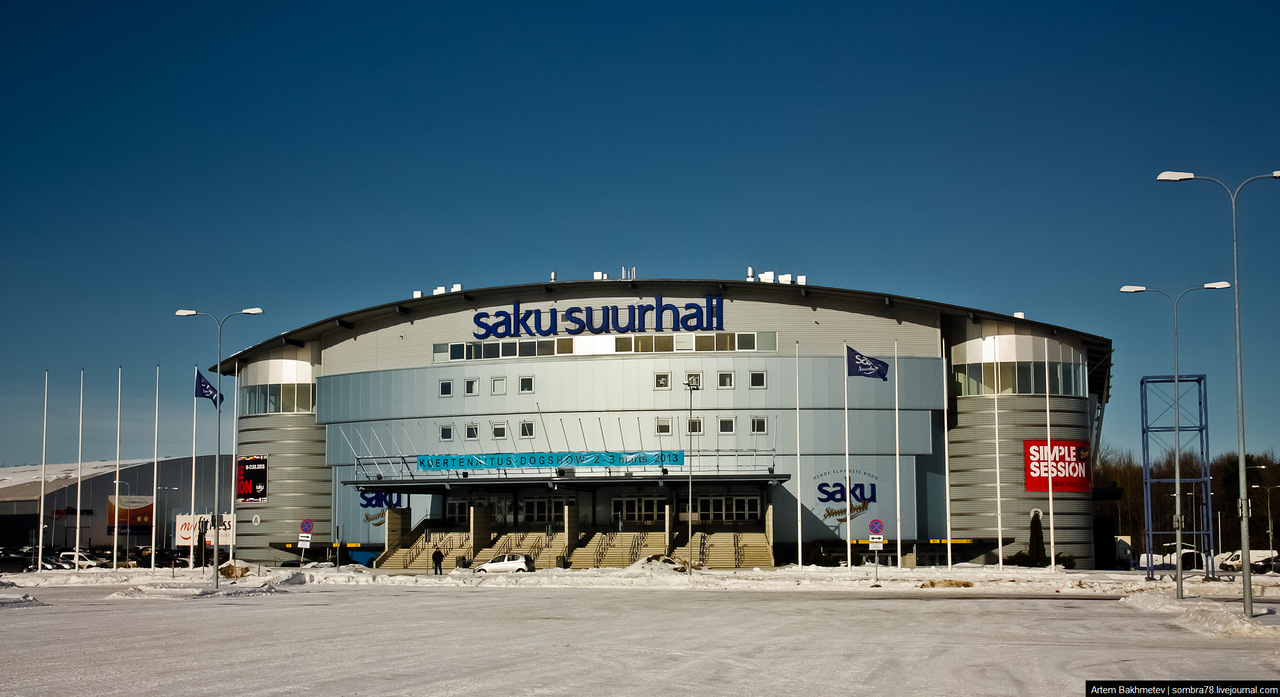 Well, this was the moment that we had all been wating for, the first rehearsal with real people.

The opening of the show was very good with a mini travelogue around Estonia, leading to Tanel and Dave singing on stage, and then the presenters came on…. did some talking, mostly mentioning E-stonia ( you will all understand later.. trust me…) then onto the songs.. ( only brief comments this time)

Cyprus. Lively opener, but the song is too weak to do any damage.
UK: Another excellent performance but my fear is that it will be lost on the night and might not do anything.
Austria: Decent enough, but he has a throat infection so he held back.. but be careful
Greece: same old, same old…the Audience does not repond to it, but neither does the press… The Big R is a possibility here.
Spain: Popular among the spanish but not a great deal of movement in the hall
Croatia: Fantastically moody performance, but likely to be lost on the European public
Russia: Basically Boring old performance… same as the rest of the week, no crowd response.
Estonia: Potential winning material, but it was a biased audience, easily top 3 on this rating.
Macedonia: Best performance of the weak, big mistake here singing in Macedonian… Rips off her dress in the performance.
Israel: Nervous performance, but still sends shivers up the arms of the audience.
Switzerland: Nice face, shame about the song. Still very French though.
Sweden: Their best perfomance, from a slightly partizan crowd. They attack it well though.
Finland : Be careful Europe. Stunning perormance and she atatcks the song.. Looking at the camera throughout. GET YOUR MONEY ON IT!!!
Denmark: Still moody, and still boring. Sorry
Bosnia: Another one to be careful about. This is a strong contendor.. trust me!!
Belgium: No reaction in the hall except from the kids.. a potential indicator of how it will do??
France: Strong, confident, moody, fantastic!
Germany: Strong in places, weak in others. Very popular but impossible to call
Turkey: Great performance, strong moment but too ethnic to get too many votes.
Malta: Great perfomance, no knickers and cheeky smile. be wary.
Romania: Europe’s toilet break, but good vocally
Slovenia: Decent performance, stunned the audience.. but they cant vote.
Latvia: Not bad… great choreography and potential top 10
Lithuania: too twee for Europe, he tries but, bless, not really.