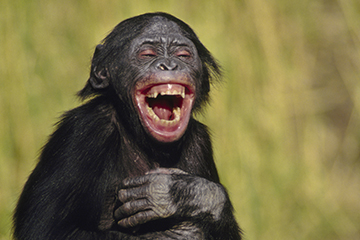 Oh my good heavens, it’s the death of the contest!

So that’ll be more countries, better songs and more viewers across the world than ever before then. I can practically hear the death rattle.

I think what what’s actually happening is a spot of “It’s my ball, I’m going home!” from the Western countries. For so long we’ve lived the life of Eurovision Riley, occasionally patronising the occasional ‘other Europe’ welps who asked to sit at the foot of the table with their funny old ethnic songs. But now they’re putting their top stars in while we in the West struggle to get has beens and Pop Idol nearly-weres into our qualifications, bogged down by years of cheesy heritage.

The new countries don’t have the history or the baggage, so can just come to it blind with the best song that they can find. For a swathe of the old Europe countries to threaten a mass pull out just smacks as churlish. It’s a poxy once-a-year light entertainment show, after all, not a famine relief purge. Just get on with getting the best songs you can find and making the best evening of showbiz in the world, rather that whining that you haven’t got many points.

Yah boo to the reactionaries and the whiners!

Serbia got 12s from Austria, Finland and Switzerland, 10s from Norway and Sweden, and 8s from France, Germany, Malta and Holland – all from the supposed West – (although some of them are actually from further East themselves) – 88 points indeed, and that’s only counting the top three marks. That’s nine countries from the West – whereby only eight countries from the considered ‘East’ gave them the same 12s, 10s and 8s!

Likewise, Serbia only failed to get points from five of the possible 31 juries (as did Russia) and Ukraine only missed out on one – Albania – once again an Eastern place.

So it would suggest that if there is a Western conspiracy, us in the West are helping them out to a fair extent too!

As I’ve always said – and whatever else anyone posits on the subject, they can’t deny this is true – you need points from right across the board to win the thing, and Serbia certainly got that.

There were also a massive 17 countries who pulled in a maximum 12 points, 16 that got 10s and a further 17 who got 8. Sounds like a pretty even spread across the board to me.

I for one can’t wait for Belgrade – it’s going to be flipping mental!

There were songs I’d rather have won, but you won’t be able to say 2008 won’t be interesting at the very least!