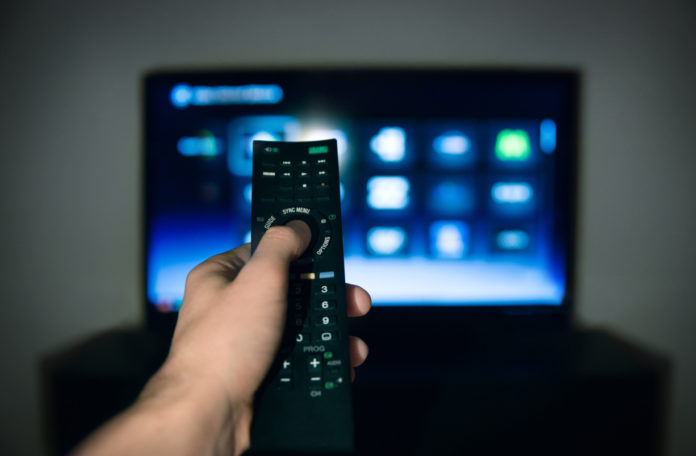 As sure as June follows the fabulous Eurovision month of May, OnEurope is back with a round-up of who watched what. Our annual run through the ratings. Officially the EBU are claiming an audience of 182 million this year.

In Israel, host broadcaster Kan reported a record-breaking average of 1.3 million viewers, up from an already solid 1.06 million last year. In terms of market share this worked out to 63.2% across the evening. Interestingly, interest dropped for Madonna, with just over 34% staying tuned. Those lost viewers returned for the voting, where Kan’s share broke another record, peaking at 45%.

An impressive 5.5 million in the Netherlands watched Duncan Laurence perform ‘Arcade’ with an average of 4.5 million glued to the final part of the voting. At one point, the Contest enjoyed an incredible 73.4% of the available audience.

After recent rocky rating results, Eurovision dominated screens in Russia. Sergey scored a massive 36.8% market share in Moscow, with a national average of 28.2%.

In Finland, YLE reported 538,000 viewers – roughly comparable with when they missed out on the final in 2017. In Norway, the show remained a hit with 1.25 million viewers – an incredible 81% share. In Iceland, RÚV enjoyed a (predictable) ratings hit with over 98.4% of viewers tuned to the Contest. At one point over 200,000 watched in a country where the population numbers 340,000. It wasn’t such good news in Sweden, where SVT once again reported less impressive numbers. 2.56 million is the lowest number since 2010. In Denmark, figures were also down 3% with 1.09 million watching the show.

In Australia, Sunday was dominated by two screenings of the final. SBS recorded 166,000 up early for the live show and 246,000 waiting for the evening repeat. Overall the show was up nearly 60% on 2018.

After lacklustre numbers for the semi-finals, in Greece a respectable 51% of available viewers followed events in Tel Aviv. The audience share jumped to 67% as Madonna performed and voting began. Across the water in Cyprus, almost 70% watched. With 180,020 viewers, the grand final was the most watched show for CyBC.

Things stayed steady for the Big 5 broadcasters. In Germany, 7.6 million watched, up slightly on last year. In France, the show slipped slightly in numbers, but boosted its market share. Last year 28.5% of available viewers watched, this time 4.78 million tuned into France 2, representing a 30.2% share. Italian Rai pulled in 3.4 million (up 5% on last year), earning a 20% share. Things stayed steady in the UK with an average of 6.9 million watching, hitting a 7.7 million peek. The longer show boosted BBC1 to an impressive 42% share. In Spain, 5,449,000 watched, peaking at just over 7.2 million when Miki took to the stage.

In Israel, Kan enjoyed an average 23% market share (with a peek of 46%). At the time, this was touted as a record, but better things were to come.

RTP reported Eurovision interest remained high in Portugal. The average number watching was 920,000 (it peaked at 1.2 million), representing 25.4% of the audience.

CT, the Czech broadcaster recorded its second highest semi-final audience to date. An average of 169,000 viewers watched on CT2, peaking at 201,000 just ahead of Lake Malawi winning a place in the grand final. In Poland a solid two million watched Tulia just fail to make the final. A very respectable 209,000 watched in Estonia.

It seems the semi-finals have yet to catch on in Greece, where just 13.7% watched. Things were slightly better when Katerina Duska performed, the market share jumped to  20%.

Just under a million watched Eliot fail to make the final in Belgium – 766,000 in Flanders with 231,000 in Wallonia. It’s their lowest number for a semi-final featuring Belgium for some time. Last year 1.1 million watched Sennek do much the same.

In countries that had no participant, fortunes varied. Just under 1.5 million Dutch viewers made it the second  most watched programme on Tuesday. In Romania, 112,000 watched – a lowly 1.9% market share. In Austria 338,000 watched, taking a market share that rose from 10% to 15% as the evening progressed. In Finland 545,000 watched, down only slightly on last year. A respectable (and hardcore) 48,000 fans watched the first semi-final live in Australia.

In Israel Kan scored even higher as the week progressed, netting 24.5% of the market, with around 691,000 people watching.

Dutch press coverage meant Duncan Laurence was guaranteed an audience. Over 3 million watched as he won a ticket to the final. The highest number ever for a semi-final in the Netherlands.

It was good news for ORF too, in Austria 567,000 watched, the highest number for a semi-final since 2016. With Luca Hänni singing for Switzerland, an average of 422,000 watched. In Australia, the show was recorded and transmitted in peak time, pulling in an impressive 237,000 viewers. With no Victor Crone to cheer on, numbers dropped in Estonia, though 137,000 remains healthy.

In Romania interest stayed low with just 184,000 watching across the country as Esther Peony fail to progress to the final. In Ireland 254,700 watched, representing a 22% share.

Having already lost Darude, interest slumped in Finland with just 227,000 tuning in. A huge dip from 2018.