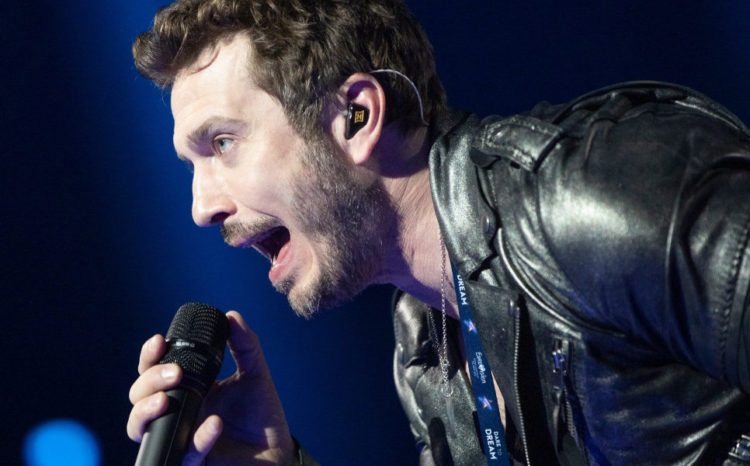 Sebastian seemed to have mislaid what was left of his talent (and voice) in the first run through. It sounded as though he and the backing singers had different ideas as to which key the song was in, and that’s a pretty damning statement for a first run through, I admit.

He kept on singing “look away” but in a Car Crash stylee. I really couldn’t tear my eyes away from the one screen showing the rehearsals. There was also the added distraction of a woman dancing not unlike Loreen, but dressed in a green creation on a larger-than-life podium. It looked ridiculous.

Thankfully, though, they seemed to iron out some of the issues for the second run-through, but the fact remained that Darude wasn’t given much screen time and Sebastian mostly repeated the same two phrases for a majority of the song.

There was also a long note at the end, sung in a pitch only a dog might hear, and the overall impression left was more “meh” and “ouch” rather than “excellent”

On the third run through, Eurovision Ireland remarked “It’s getting better”, and they were right – it sounded less harsh, but Sebastian still couldn’t get the long higher notes, and didn’t even attempt them – A wise move if we’re being critical.