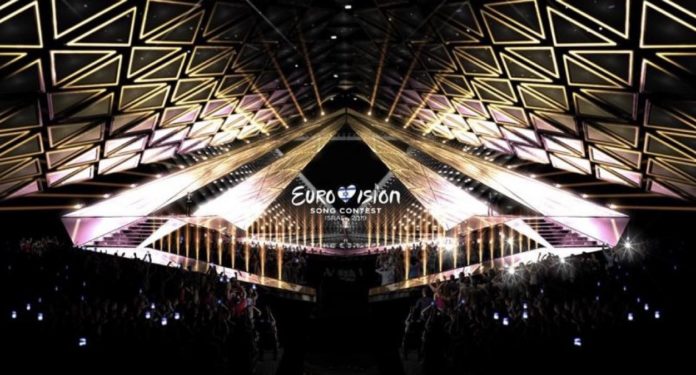 With over five months to go before the next Eurovision Song Contest, organisers have released advance shots of the stage design for the big night. It’s a return to big production values with earlier documents stating the inner stage should be around 30m in diameter and allow for a 50m outer stage.

Once again the chosen design is the work of Florian Weider and – to be frank – it’s not terribly different from what we’ve seen before. The 64th Contest marks the sixth time he’s taken charge of stage design since making his debut in 2011.

Recent tenders issued by host broadcaster Kan confirm that 2019 will see the return of LED backdrops after a pared-back contest in Lisbon earlier this year. And not only on stage, Kan has indicated it wants LED screens set up around the green room. There’s also talk of holograms with laser projectors and screens specified in technical documentation.