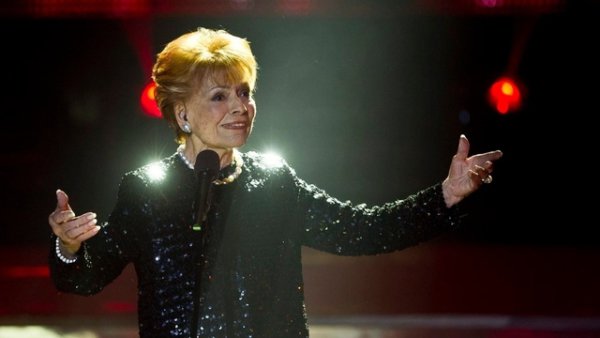 At the age of 94, Lys Assia has passed in Zurich’s Zollikerberg Hospital. She won the very first Eurovision Song Contest, and remained a loyal ambassador throughout her life.

In a statement, the European Broadcasting Union offered their “deepest condolences” to Assia’s friends and family, and promised to pay tribute to her “life and her lasting commitment” to Eurovision.

Lys started her career as a dancer but turned to singing in 1940. She represented Switzerland (with two songs – that’s just how it was, back then) in the first ever Eurovision Song Contest back in 1956, and and won with her French-language song ‘Refrain‘.

The first lady of Eurovision

This victory saw her dubbed the ‘first lady of Eurovision’, and she went on to represent Switzerland on two more occasions. In 1957 she finished eighth, but in 1958 she came a close second.

Her joy and love for Eurovision endured. She was a frequent guest at special events to honour the contest, including the 50th and 60th anniversary shows. But she was no ‘nodding dog‘ – Lys was feisty, and not afraid to speak out if she saw something happen that felt wrong in the world of Eurovision.

When asked for an autograph, an interview (or even one of those selfie things the kids are so down with these days), she was happy to oblige. Whilst subsequent winners have often distanced themselves from the competition, she kept it high on her CV.

At the age of 87, Lys made another bid to grace the Eurovision stage, and submitted songs for the Swiss preselection in 2012 and 2013. The latter song being a collaboration with rap band New Jack.

The joy of life

Describing her love for singing, Assia once said: “Singing gives me the joy of life.”

For this OnEuropean, Lys was a game bird who knew the value of Eurovision, respected its fans and never looked back on her participation with anything but love.