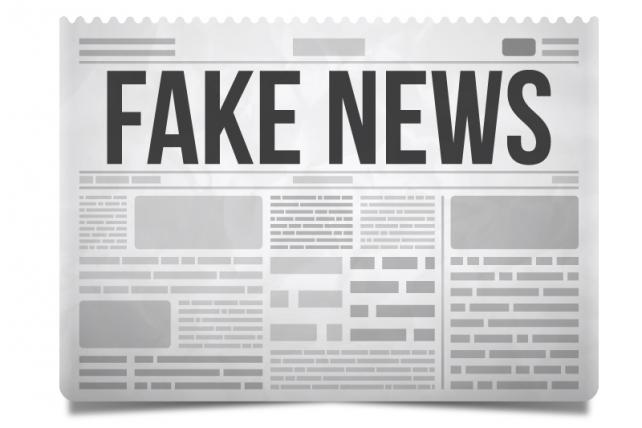 As many of you may know, I have a real job – that takes up a considerable amount of time – and this fine website is a side line. The same is true of all the contributors here – and also on the majority of ‘unofficial’ Eurovision Song Contest websites. This often causes issues when it comes to accreditation time, as we have to prove we do what we say we do, and convince those in power that people actually visit our websites. They need to believe that although we lack the money of a national, regional or local newspaper, our readers matter.

It’s not just the broadcasters who need convincing. We’re often accused of various crimes by so-called fans. For some reason, they need to remind anyone writing about Eurovision for an independent website that they are “not real journalists”. They believe that fan sites “don’t deserve accreditation” and “do nothing to justify their badges”.

However mainstream or “real” journalists can get away with blatant lies about the contest, and it makes my blood boil.

The most recent example was when I saw this tweet :

“That looks promising,” says I, and dutifully click the link to see what info the “real” press have. Is Saara going to represent the UK? Has there been a deal done?

Well then. “Saara Aalto asked by BBC bosses to represent UK at Eurovision”? Not quite.

The (Daily Mail-owned free sheet) Metro and their Twitter feed were lying – or at the very least click-baiting. And that;s something else that we in the fan media often find ourselves accused of doing. However, this ‘story’ is just the tip of the fake news iceberg. It turns out that “real” journalist Amy was using the bastian of proper news The S*N as her source. When the article kicks off with clumsy wors play, you just know we’re onto a loser:

While I’m on … Great Britain?  Yup, that’s right –because for the last fucking sixty years when the votes rolled in, the nations of Europe always said “Great Britain … twelve points”.  I mean, it’s almost as though a so-called “real” journo knows nothing about the contest … but that can’t be right. Can it?

Let’s not bother with facts. Why mention that for the last two years the BBC hasn’t had an internal selection, so no “washed-up” star got the gig. On the positive side, Amy remembered that it’s the UK.

A paragraph of actual facts followed – yeah I know right, I nearly had to drag myself off the floor too – however, “real” journalist Amy soon reverted to type:

Oh that Brexit Backlash! Does it matter that 18 of the juries that gave the UK votes were from EU member nations?

And as for the BBC doing us no favours? Didn’t we have a national final where the public (some of who may be Metro readers) chose the song?

I mean, it couldn’t possibly be that 14 songs were better than Lucy, could it? Or the song wasn’t actually good enough to get people picking up the phone?

Credit where it’s due, at the very end of this so-called piece of reporting, Amy remembers the national final, where you the public get to pick the song … but don’t worry people, because Saara is Finnish and has a decent voice and someone in The S*N has heard of her, all of our ills will be fixed!

So how do I feel?

OnEuropeans – I’m livid.  No, I’m beyond that. I’m angry.  I’m angry that this drivel is considered professional journalism.

I’m angry that people have the cheek to question what I, this site, and all other fan websites are about, when people who are “paid professionals” churn out this sort of crap.

I’m angry that the British Public will see this in the country’s highest circulation newspaper (and online portal), and believe what this person writes. OK, so it’s just Eurovision, but this is symptomatic of all fake news. Nonsense passed off as fact to suit a narrative.

I’m angry that certain broadcasters (and the EBU) treat fan websites like second-class citizens, without realising that most of us give up two weeks of our lives – usually out of our annual leave entitlements – so we can put right the rubbish and downright lies posted in the “real” media by “real” journalists on expense accounts, who think of it as a bit of a laugh.

Fan sites talk up the contest, backed up with facts rather than denigrate with whatever story plays to an agenda that generates clicks and keeps advertisers happy.

People wonder why the UK doesn’t do better at Eurovision these days. How can it with mainstream journalism like this? Who in their right mind would want to enter a contest and risk their career when any press coverage would be so negative?

I fear that even if someone in the “real” media saw this article, they would dismiss it as a jealous rant.

For all those people who, like me, still have pangs of doubt when you see The Guardian or The Star or The Mirror at Eurovision, just remember you don’t need them to validate your love of the show. The Guardian writer might think it’s good enough to rehash a press release and call it news. They often have larger circulations, but the established fan sites have loyal followings too. Readers that stick with us through thick and thin, and THEY are the reason that, for two weeks a year at least, our badges say journalist… just like the badges handed to mainstream news organisations.

We do it because we LOVE Eurovision. Just like our readers. And that’s who we care about.