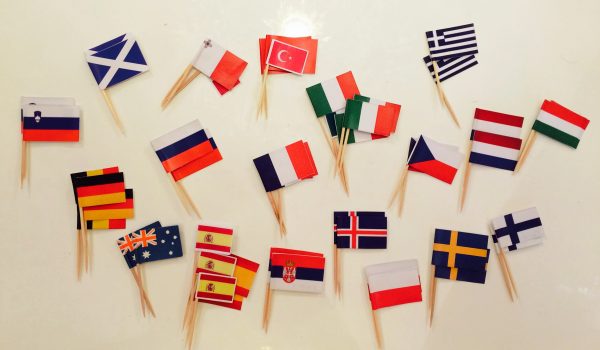 Well what do you know? You just think you’ve got through a jury semi final without incident and then you find out that after you knocked off for the day one of them had to sing again! Apparently there was a technical flaw during Portugal’s performance so Leonora had to reprise her song. I feel like a rubbish blogger, dear reader: Monika from Lithuania had popped into the press centre to stuff her face with free nibbles right next to our table so we were having a little chat and I missed the Portuguese run through so couldn’t tell if anything was wrong, and then I left quick-sticks to head across town for a party (as it turned out had almost every other OGAE member, so at least I got in before people had to queue). It was only in the Club I heard tell of the re-run. The Twitter tells me she was great second time round. We’ll both have to take their word for it.

The party meanwhile was most fun, again one of the best of the week from OGAE International. Some great guests including 1960 winner Jacqueline Boyer, a real treat as I’ve never seen there at any Eurovision event before. She’s the 3rd ‘oldest’ surviving winner – in terms of chronology of their win, not their ages, I’m not geeky enough to be looking that up – but with Lys Assia now not performing, and Corry Brokken long since retired she might be the earliest winner to still be singing their song. She gave a zhoozhed up version of it, not the original, but it was lovely to hear it and see her. Clearly a pretender for Lys’ crown and seeking some of the attention as Eurovision grows ever greater. And good on her.

Another former winner gave a show-stopping performance too, the wonderful Anne-Marie David. She’s almost becoming the rent-a-winner de nos jours but my gosh can she still belt it out. Her set included a stunning version of Don’t Cry For Me Argentina, a cover of her late friend Frida Boccara’s 1969 winner Un Jour Un Enfant, and her own two Eurovision songs, the 1973 winner earning her one of the longest ovations I’ve ever seen at a fan party, the response clearly moving her greatly. A third winner Emelie de Forest took to the stage too but I missed her I was chatting outside trying to keep warm by the wurst van and lamenting the lack of a vegetarian option.

My night ended with a good old boogie to hit after hit as a new DJ took to the decks. I’m afraid I don’t know who she is but she knew how to read our minds about what to play next. The only downside of the night was the wait to be served at the completely swamped bar, which wasn’t quite adequately staffed, although those working did seem to keep in good spirits. Well done OGAE, once again giving us a wonderful night.