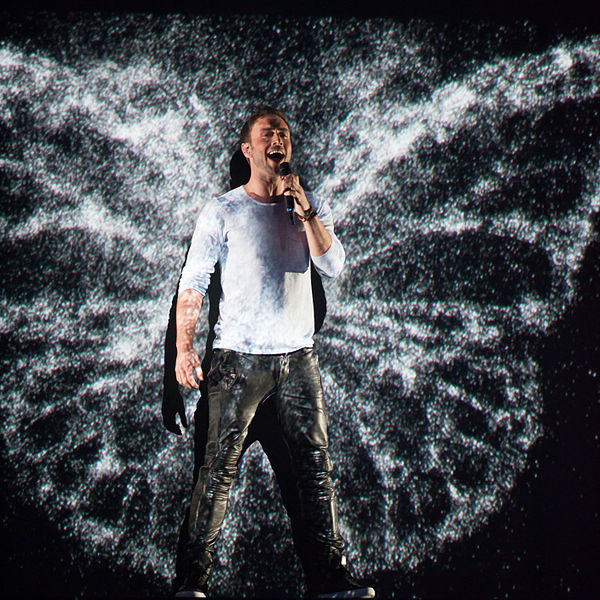 Well, that was a mixed bag of a night wasn’t it? Our team at the jury final thought that Il Volo were slightly subpar, and sure enough they came 6th with the juries, and that stopped our friends at Rai needing to decide whether turning down two Eurovision events in 6 months might start to look a little ungrateful. Italy look fit and ready for this though, and I’d wager that they will win this contest in the next 5 years.

And what happened to everybody, in a few words. I’ll probably cover this over a few days rather than doing all 40 in one go. Let’s start at the bottom of semi 1, a perfectly fair place to start:

16th FINLAND, 13 points. Would have picked up a steady 55 points in televoting alone, scoring a few from most countries and (maybe predictably) topping the poll in Estonia to steal the 10th qualifying place from Hungary – but the vast majority of jurors absolutely hated it, and jury alone would have given the lads a single point.

15th FYR MACEDONIA, 28 points. Not at all loved by either constituency. Owes almost every point it got to very high rankings from the jurors in Serbia and Albania, although the Serbian public greatly enjoyed it, with the juries in Estonia, Denmark and Moldova also being moderately favourable, just enough to chip in a few table scraps.

14th NETHERLANDS, THE, 33 points. Lost the tie-break to Denmark by getting points from 10 countries against 11. Trijntje got a warm response from the juries, making top 10 everywhere bar FYR Macedonia, Greece and Moldova and making a few top 5s – would have been a comfortable qualifier in 5th on the jury scoreboard on 70. Let down badly by the public however, with the Belgian televote awarding 10 of the 23 it would have received in total. Totally makes sense, if ever there were a jury song that was never going to connect with the viewers it was this one.

13th DENMARK, 33 points. Would have been close to qualifying in juries, just falling 3 points short of Albania in 10th/11th – the Romanian jury was particularly taken with it, placing it 2nd overall, with Hungary and the Netherlands also being somewhat fond. Estonia was the only nation to put it top 5 in televote though, and very few put it top 10 – perhaps owing something to performing straight after a strong Russian entry.

12th BELARUS, 39 points. Another one that suffered badly with the public, pulling 22 of its 32 points from its old mates in Russia and Georgia (and the Georgian votes actually come from the jury, as the televote failed there), with the nations outside the ex-Soviet states 100% unimpressed. Juries were a lot warmer however, with Denmark and Greece contributing decent points – a total of 66 would have seen Belarus safely through to the final in equal 8th alongside Estonia on juries alone.

11th MOLDOVA, 41 points. Eduard really got caught between two stools here. As you’d expect, mostly punished heavily by the juries, although Serbia, Georgia, Albania, Belarus and Armenia all found a certain amount of love for it and between them contributed 40 of a total of 46 jury points. On the flip side, it got to at least the lower reaches of 10 televoting points lists, and I dare say it might have hoped for more out of a more helpful draw position. A fair try, though ultimately doomed.

The other 10 will get fully post-mortemed in the final – suffice to say that Albania were a pretty comfortable last qualifier, with a 21 point cushion to the Moldovans; that Hungary have shown their Achilles’ heel already by not making it to the televoting top 10; and that Serbia and Armenia have already been carried to the final primarily on a wave of viewer excitement with the professionals scratching their heads and saying “Umm, really?”

Coming sometime in the next few days – Semifinal 2!