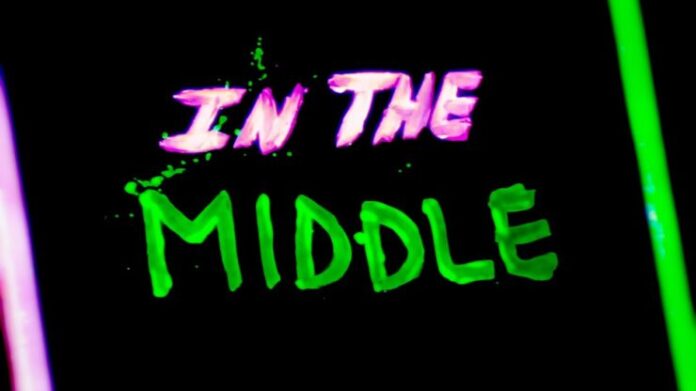 And so on we plough!

So the message that he was a fallen angel and he was recovering from all his fears sadly fell on deaf ears with the jurors.  Presumably they just saw a guy in a preposterous costume – apart from in Ireland who thought that this was the fourth best song of the night.  They were probably wrong.   When it came to televoting the ironic crowd in the UK gave this two “uhh it’s a man with wings innit?” but, as they say, ironic televotes are not separated out.  He got 33 of his 60 from Norway and Sweden (naturally), Malta and, unsurprisingly, Azerbaijan… well he is in lurve with Efendi – allegedly…   The song itself was performed well but, like so many others in this field, it didn’t connect enough.

Again, a very wide split of televoter and Jury here.  The juries on the Friday night must have seen something they liked because this got a hatful of points, 73 of them to be precise but the televoters on the Saturday clearly heard Eden not finishing off her sentences properly and shouting and that bloody dolphin whistle note thing clearly made them vote for something else, except in Azerbaijan who thought that this far outweighed anything else and placed this 1st in the televote.  I think its undoing was a combo of it not being memorable enough musically and visually, despite the neon lights.

Whist conventional wisdom states that Elena was robbed and the song was so much better – it actually wasn’t.  It was everything we said it was, Replay or Fuego with some different clothes but, in the end, lacking any new and original ideas – in a tired old idea both the Greek televote and jury placed it first.  Also, not surprisingly considering the amount of money they have poured into the Cypriot economy lately, the Russian Televote gave it 12 as well. Take that healthy dose of friendly points away and you have an average result for a bang average banger. Here’s a tip CYBC, change the record, it stopped working.

Talking of friendly voting, we have this shower of Pussycat Doll Wannabe’s. They scored 20 points from the juries, 19 of which came from North Macedonia and Croatia in moves that surprise no-one … everyone else (except Albania) ignored it.  In the pan-European televote, it got FIVE sets of 12 points and I don’t know how that happened because the song certainly wasn’t worth one let alone five. They just flouted what their mothers gave them at the camera and made unintelligible noises for three minutes, but that is seemingly enough for their neighbours in Slovenia, Croatia and the aforementioned North Macedonia to give this song 12. I suppose as the only ex Yugo left in the final, it was always going to score well from those around it … because Yugoslavia. The rest of Europe? Not so much.

Am I allowed to preface this with a girlish titter? – no? – How about a massive belly laugh? – yeah?  HAHAHAHAHAHAHAHAHAHAHAHAHAHAHA! It’ll still have its fans, namely the people that believe Sweden can do no wrong and Tusse was a victim of European racism, and this is the point where we need to insert the SLAP Meme (in-joke). The fact is simple. He couldn’t sing his own song when it mattered. Tusse was shouting and straining the top notes like some sort of constipated banshee, and no matter how well you look, or what story you have, you can’t hide in a competitive singing contest. It got big points from where you would expect – Norway, Sweden, Denmark, Finland and rather surprisingly Malta – but televote wise, they gave it 39 of its 63 and it got nothing higher than a 4 in the real world.   The Juries were even more ambivalent, with only Norway and Malta putting it in their top 3.

I’m surprised Natalia got this high in the scoring to be dead honest. There seemed to be a massive injection of “something” missing in both the song and the performance which let it down – perhaps it was a deliberate underplaying by Kirkorov? What am I saying, of course is that didn’t happen, you fools! Natalia, who probably didn’t scream the high note out at the end of the song it appears, was a toned down version of the video and, genuinely, the live stage performance probably stunted her and the song, along with the lack of talent she has! A 12 from the Bulgarian and Russian jury (surprisingly) and 12 from the Romanian Televote (shock) and the Czech republic were the highlights

People who are “fans” of this contest think all songs should either be Swedish or have lots of Whizz-bangs and hit you in the face and poopoo the idea of anything else being remotely class. This is class. I said it from the moment the rehearsals started, and nothing changed my view. It was never going to be a televoter song because your very average televoter doesn’t have anything to excite them, but the juries, they lapped it up and rightly so.  It got a 12 from the Czech republic and 2 tens and a smattering of eight points – France and Switzerland’s viewers loved it enough to place it 3rd and so, in total, 153 points for a song without a Bond Film.  Portugal will return….

If Bulgarian TV was aiming for the top with this song, they missed by a mile. We got a deep and meaningful song that was aimed fair and square at the juries with its depth and dramatic look and all that guff. 140 points worth of jury gushing came forth. Come the Saturday night spectacular, however,  the televoters have gone “What on earth is this?!” and they will have seen a woman on a scale model of Rockall playing with sand and won’t care that it’s all personal and heartfelt, they just won’t get or, more accurately, saw loads of other things and forgot to vote for it. 30 points from the televote is a predictable return.