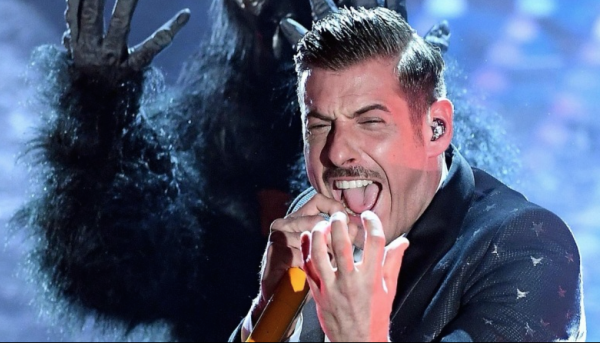 It’s about this time of year that we start to assess the relative chances of each of the songs competing at this year’s Eurovision Song Contest. And to be honest, in among all the dreary ballads, health issues and crazy stunts we don’t think there’s a winner among them. So here’s why we reckon your favourite song won’t win at Eurovision this year. And don’t worry, as is the tradition, it’s not quite as funny as last year’s list…

Albania
Because that secret new Bond film they’ve been making has poached it for the theme tune. Imagine this with flickering images of Lindita dancing in silhouette over pictures of guns and helicopters and Idris Elba. Ooh now!

Armenia
Because they’ll be embroiled in such a big backstage row over what to call those hooty windpipes that they and their most combatant neighbours so frequently toot that they’ll miss their cue to go on stage.

Australia
Because they’ve learned the rules for a newcomer to this game perfectly. Two strong attempts followed by a difficult third entry…

Azerbaijan
I’ll bet they thought they had the dark and mysterious slightly-indie-flavoured techno pop slot sewn up until Belgium threw their hat into the ring. Oh dear…

Belgium
Because this is the really cool one that everyone who thinks they know about proper music always second guesses great things for. But the great public at large never quite get it, although the juries usually help push it up into a still respectable seventh.

Bulgaria
Because he’s bagged a draw towards the end of his semi, and his mum won’t let him stay up past 8:30 on a school night.

Croatia
So, we all wondered quite how he was going to deliver the two-voice thing. A few of us suspected he’d do the old Tommy Cooper/Two Face half-and-half split personality gag. But no one ever imagined that he was going to go full Mr Hat and start singing to a sock puppet on his left hand, with baked beans for eyes and a sewn on moustache made of spinach. The crowd, quite understandably, were still laughing a bit too hard to remember to vote.

Cyprus
This is the Swedish entry right? No? I just can’t keep up these days.

Chechia (Is it still Czechia, or have they given up on that?)
I can’t think of anything especially funny or cutting to say about this one, which is exactly why it’ll be struggling to make the top twenty… in its semi…

Denmark
Because being a well-loved ex-casting show contestant who the nation has taken to their hearts over the last few years don’t count for shizz when it comes to three minutes and a postcard on a warm night in May.

Estonia
Because the clear real-life animosity between the pair will finally show through after months of being forced to pretend to like each other, and one or the other of them will snap, causing them both to just stand there curtly shouting “Fine!” to each other while the music trundles along in the background. It’ll be awkward.

Finland
This year’s “too good to win” effort. It’ll stun everybody with its spinetinglyness, then roll in at the traditional Scandi noir position of fifth.

France
Because when it boils down to it, as lovely and lilting as the song is, and as sweet and unassuming a woman that she may happen to be, she can’t actually bloody sing.

Georgia
Because Comrade Putin has a long memory, and revenge is a dish best served cold…

Germany
Well, can you remember how this goes? Anyone?

Greece
Because Greece are still in that awkward position of trying to still make it look like they want to win, only without the fear of actually having to host it next year. Why else in the world would they ever have sent this?

Hungary
One song at a time please, sir…

Iceland
Hang about… wasn’t she in this last year too? And she thought that she’d make everything better by sending an infinitely more boring song?

Ireland
Because when little Eoin McLove here discovered that he wasn’t going to be the youngest, twinkiest boy at the party, he flatly refused to leave his hotel room until the little Bulgarian amoeba was put to death, all the while screaming “I’ve no willy!” at the top of his tiny, shrieky lungs.

Israel
Because there’s only so many times that you can enter the same song before somebody notices.

Italy
Because, “for a laugh” a shadowy figure with an Eastern Slavic accent replaced the man in a monkey suit with a real life gorilla and kicked him out onto the side of the stage. At first Francesco didn’t notice and was giving the angry side-eye when Gerald missed his cue. It was only after he shuffled over and gave the true-life simian a boot up the jacksie that things got a bit terse. He won’t do that again.

Latvia
Because where you or I would go arms-in-the-air mortal if we heard this at 4am at a squat rave in a dodgy industrial estate in Trowbridge after a night on the trance polos, as a three minute dance pop insert in the middle of a massive great song contest in Kiev, it doesn’t quite work.

Lithuania
So part way through their nine-year long selection process, someone started started reading the results from the bottom and not the top, right?

Macedonia
Because only mere weeks before the contest began, and much to the region’s fears, Macedonia was subsumed into the new Greater Albania Region, and as their name was not on the label, Lindita got preference. (We’re nothing if not topical here. Not necessarily funny, but topical).

Malta
For dear Claudia here, actually getting to Eurovision was the battle won. Had this been 1993, however…

Moldova
To be fair they’re only here for another shot at creating a worldwide meme. Once they’ve got that one in the bag they’ll shuffle off home after the semis and watch the YouTube royalties roll in.

Montenegro
Because after wilfully terrifying every dad and grandpa across Europe and curiously arousing every nan on the planet, no one will be any fit state to pick up the phone and vote after watching his somewhat singular performance.

Netherlands
Because Wilson Phillips want their song, their song title, their look, and their entire stage schtick back.

Norway
Have they really attempted to rhyme ‘falling’ with ‘moment’? That should be punishable by six month’s hard labour on it’s own, let along the state of cringe it’s going to incur in the English-speaking-to-a-reasonable-level quarter of Europe. Man that’s a stinker.

Poland
I take it all back, Norway. ‘Fire’, ‘desire’, ‘hire’ and ‘wire’ all in one line? Someone in Poland (or more probably Sweden) needs a good kicking for that!

Portugal
Because sometimes your personal health is a bit more important than a silly singing show. (I had originally planned out a ridiculously high concept gag about a residual twin bursting from his coat, a bit like in Total Recall, but it seems stunningly inappropriate now).

Romania
Because while the good people back home are going to vote for this by the absolute gazillion, those dreary, snooty folks on the juries are going to hammer it into the ground, curse them!

Russia
Of course it’s going to win. There’s no way Russia are going to allow anything else to win in Ukraine. Wait… What? Oh…

San Marino
Remember that little internet meltdown Valentina had a couple of months back? Well something still rankles, and all it will take is one tiny misplaced word in a meet-and-greet before she goes full Björk-in-an-airport. Poor Jimmie won’t know what’s happening.

Serbia
Because the Sugababes want their verse back, and Katy Perry wants her chorus back.

Slovenia
“Anyone seen Omar? That big fella in the corner in the leather coat and mirror shades mumbled something about some incident at Euroclub the last time he was in Kiev, and I’ve not seen either of them since…”

Spain
Because moments after the plucky-yet-unfortunate Manel has taken to the stage, a gaggle of disgruntled Mirela fans will shuffle onto the stage with pistols and matador hats and attempt some manner of coup in scenes reminiscent of that incident in the Spanish parliament back in 1981. Don’t worry, it’ll all be over in about 18 hours. I hope you’ve booked later flights.

Sweden
Because that same shadowy figure who messed about with Italy’s gorilla got his hands on the remote controls for poor Robin’s travellators, sending the lads rolling this way and that, like some kind of manic fairground fun house, or Ronnie Corbett on that Peter Kay video. It was carnage.

Ukraine
Because some bright spark on the delegation thought that it would be a good idea to reprise the sniper shot act from their national semi-final. However, nobody thought to tell the local security, who instantly opened fire. This was only the start of the problems, as some carefully placed members of the Russian FSB joined in the fray, as did several Mossad agents who were lurking among the inflatable hammers down the front. Before long, the secret service of at least seventeen countries (including, quite surprisingly, San Marino – who knew?) were duking it out like in some crazy wild west gun brawl, as what remained of the crowd crawled out on their hands and knees. It was amazing that no one got hurt. They won’t do that again.

So as usual, it has become quite clear that not one of them is going to win. I wonder how they’ll decide where we’ll end up next year then? 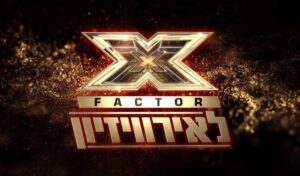