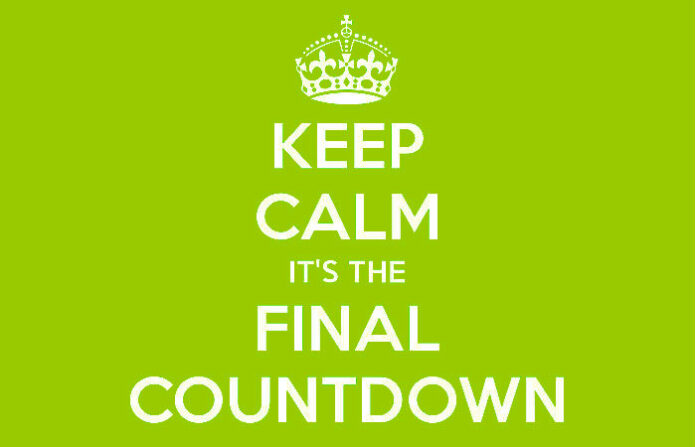 t’s taken three months and way more time than we initially realised when setting this up, but we have finally reached the final of the 2020 Eurovision Championships. We started back in June picking our way through five qualifying rounds and now following a group stage and a full knockout round, we have reached the final as Israel and Norway wait on the precipice of European glory! Even though both nations were top-seeded and would have fancied their chances going into the competition, it’s been a tough road to the final for both countries. Israel fought their way out of a group that included Italy, Portugal and Azerbaijan before knocking out Russia, Iceland and The Netherlands to reach a much-coveted spot in the final. Norway topped a group containing Ukraine, Greece and Cyprus before beating Spain, Australia and Italy. This will be the toughest challenge yet for both competitors as for the final round, we are upping the stakes and including seven rounds of comparison for these two nations that span over four decades of Eurovision competition. The loser will have come so close with no cigar whilst the winner will have achieved the ultimate prize of tournament glory. It’s everything you love about a final, it’s big, it’s bold and it’s happening all over the continent covering contests in Luxembourg, Munich, Gothenburg, Dublin (twice), Birmingham and Kiev. Let’s get started!

In 1973, Eurovision returned to Luxembourg for a contest that was in colour, full of bright, fantastical music and uniquely with the orchestra making up the backdrop of the stage to give the contest a special feel. In the end, the hosts wrapped up their fourth Eurovision victory in French despite the language rule being dropped and entrants being able to perform in any language they wanted. Norway performed 5th on the night and took quick advantage of the language rule by sending the Bendik Singers and ‘It’s Just a Game’, a bouncy, up-tempo song containing 12 languages with numerous suggestions for courting women that gave Norway 7th place in the final standings. Israel performed 17th on the night in their first ever Eurovision appearance as Ilanit sang ‘Ey Sham’, a dramatic ballad with lyrics transporting listeners to the gardens of love that earned Israel a 4th place finish on their debut Eurovision campaign

1983 in Munich was a unique year for the Eurovision Song Contest. It was the second to be hosted and Germany (and the first to follow a German victory). It was the first edition of the contest to be televised in Australia and set in motion the love for the contest down under. Most momentously though, it was the last time that Luxembourg won with Corinne Hermès singing ‘Si la vie est cadeau’, the Eurovision Song Contest setting in motion the beginning of the end of regular participation for one of the contest’s original participants. Norway performed 2nd on the night as Jahn Teigen sang ‘Do Re Mi’, an ode to the simple joy of making music that was good enough for 9th place. Israel performed 16th on the night as Ofra Haza belted out ‘Hi’, a joyous anthem for life, resilience and the glory of Israel that earned Israel a very respectable 2nd place finish.

1985 was the year that Eurovision made it to Gothenburg and is not only remembered as Norway breaking years of terrible Eurovision history by finally winning a contest but also as the person who won it (Elisabeth Andreassen as one of the two members of Bobbysocks!) did so by pipping former bandmate Kikki Danielsson to the victory! Israel performed 11th on the night as former Israeli winner Izhar Cohen returned to the contest with ‘Olé Olé’, an uptempo number about the joys of the world coming together through song, finishing 5th in the final scores. Norway performed 13th on the night as Bobbysocks performed ‘La det swinge’, a bouncy, retro, feel-good number that had audiences dancing across Europe then and continues to do so now from its pedestal as one of the great Eurovision winners.

Dublin 1988 was well and truly the contest of the young, breathing new life into the concept and attracting new audiences to the show. This was not only brought on by host broadcaster RTE revamping the typical show production to appeal to a new generation of fan but also by the victory of a 20-year old Canadian girl named Celine Dion who won the contest for Switzerland with ‘Ne partez pas sans moi’. Israel performed 8th on the night as Yardena Arazi sang ‘Ben Adam’, a plodding song (until the conclusion) encouraging listeners to try and see the best in humanity that finished 7th. Norway performed 15th on the night as Karoline Krüger crooned ‘For vår jord’, a ballad about the environment that encourages people to stand up for our earth, giving the Scandinavians a 5th place finish.

By the time Dublin 1995 came around, the Irish were sick of hosting the contest and it was clear that the time was right for a new winner. In the end, despite the Swedes and Slovenians being heavy favourites, the victory went to Norway and a song that had all of 24 words in it alongside some long violin solos. Norway performed 5th on the night with Secret Garden performing ‘Nocturne’, a song that fit right in with the Celtic ‘90s dominance of Eurovision (backed up by Secret Garden’s Irish violinist performing the violin solo) as Norway won their second contest. Israel performed 21st on the night as Liora sang ‘Amen’, a song the represented a prayer to coming 8th in the final standings.

In many ways, Birmingham 1998 represented the end of many things at Eurovision, it was the last year of the language rule which perhaps explains how it was also the last year of the UK putting up a proper challenge for victory and more interestingly, the vocal arena crowd combined with Dana International’s victory marked a clear transition that the Eurovision identity was moving towards the contest we see today. Israel performed 8th on the night with Dana International singing ‘Diva’, an ode to powerful women in history and mythology that today represents so much of the modern Eurovision performance identity and is etched firmly into the halls of classic Eurovision winners. Norway performed 22nd on the night as Lars Fredriksen performed ‘Alltid sommer’, a song comparing a lover to a perpetual summer, making an overwhelming positive change to their life, delivering Norway 8th place.

Kiev 2005 was truly a year of firsts. Ukraine hosted the contest for the first time, Bulgaria and Moldova competed in their debut Eurovision and Greece ended 31 years of waiting when Helena Paparizou stormed to the first ever Hellas victory with ‘My Number One’ as the big four placed in the bottom four positions. Norway performed 5th on the night with Wig Wam performing ‘In My Dreams’, a glam metal number that represented the beginning of a new way of viewing Eurovision but could only manage 9th place at the time. Israel performed 11th on the night with Shiri Maimon singing ‘HaSheket SheNish’ar’, a ballad reflecting on the singer realising her lover has been unfaithful and her decision to leave him, a pain that rang true to voters across the contest as Israel achieved 4th place.

Can we have the results of all previous battles? I mean the scores?