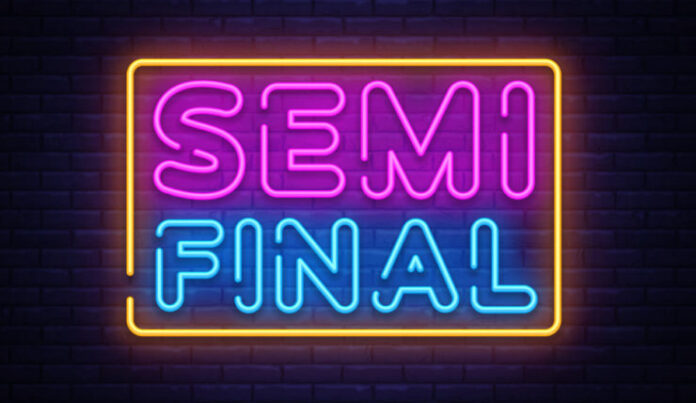 And so in our penultimate tie of the tournament, two giants from opposite ends of Europe go head to head as Italy take on Norway. As the birthplace of Sanremo and therefore in the eyes of many, the birthplace of Eurovision, Italy will feel it is their right to have reached the tournament’s Semi Final stage. They have been fighting the odds ever since they were allocated into Pot 2 and had to fight their way out of a group that included Portugal, Azerbaijan and fellow Semi-Finalists Israel. They have already had to knockout the UK and France on their route to the Semis, but they will have to beat a top-seeded nation in a third consecutive round if they are to progress any further. Norway will be delighted to have reached this stage and to be recognised as the last Scandinavians standing in the competition. They defeated Ukraine, Greece & Cyprus in the group stage before victories over a much-fancied Spain and a spirited Australia. If they want to reach the final though, they will have to face arguably their toughest challenge yet in Italy, a nation who have already punched above their weight at this tournament. The battle for the last slot in the final will take place over Eurovision editions from Cannes, Copenhagen, Gothenburg, Malmö and Tel Aviv.

Cannes 1961 was the sixth edition of the Eurovision Song Contest but was also the year of many firsts. 1961 marked the first time that the final was hosted on a Saturday night. It marked the first contest participations of Finland, Spain & Yugoslavia. Most importantly perhaps, it marked the first Luxembourgish victory as Jean-Claude Pascal won out with ‘Nous les amoureux’. Norway performed 12th on the night as Nora Brockstedt sang ‘Sommer i Palma’, a sweet Scandi-ballad about a romance in Spain transcending the language barrier and the convincing the juries into awarding Nora 7th place. Italy closed the show with Betty Curtis singing ‘Al di là, a song that would go on to be covered several times and be very popular but which could only manage 5th place on the French Riviera.

It’s so difficult to talk Copenhagen 1964 since most of us have never seen the full contest but we can remark that it was the first to be held in Scandanavia, the first to include a BAME participant and the first to be won by a southern European nation. Norway performed 3rd on the night with Arne Bendiksen singing ‘Spiral’, a song designed as an abstract ode to happiness and simplicity that managed 8th in the final standings. Italy performed 12th on the night as a ridiculously young Gigliola Cinquetti blew the competition away performing the beautifully sensual ‘Non ho l’età’, winning the competition with almost three times as many points as the British runners up.

1985 was the year that Eurovision made it to Gothenburg and is not only remembered as Norway breaking years of terrible Eurovision history by finally winning a contest but also as the person who won it (Elisabeth Andreassen as one of the two members of Bobbysocks!) did so by pipping former bandmate Kikki Danielsson to the victory! Italy performed 12th on the night as Al Bano & Romina Power performed ‘Magic Oh Magic’, a classic Italian duet on the magic of life that finished the show in 7th place. Norway performed 13th on the night as Bobbysocks performed ‘La det swinge’, a bouncy, retro, feel-good number that had audiences dancing across Europe then and continues to do so now from its pedestal as one of the great Eurovision winners.

In 2013, Eurovision came to Malmö where the world was introduced to the concept of the flag ceremony opening the Grand Final and the brilliance of Petra Mede who delivered the finest Eurovision hosting performance of all time until she beat herself alongside Måns Zelmerlöw three years later. This was also the year of Denmark’s third victory as Emmelie de Forest stormed to victory with her song ‘Only Teardrops, becoming the fifth Eurovision performer to win the contest in bare feet (after Sandie, Sertab, Dima and Loreen). Italy performed 23rd on the night with Marco Mengoni performing ‘L’essenziale’, a rousing ballad on caring for the essential things in life that earned Italy a 7th place finish. Norway performed 24th on the night with Margaret Berger singing ‘I Feed You My Love’, a dark, synthy number with lyrics that don’t entirely make sense but with atmosphere to fill the arena, earning Norway 4th place.

Eurovision 2019 saw the contest return to Israel for the first time in 20 years and was the only contest in my living memory that was beset by controversy from start to finish and then a little bit more after the ticker tape had fallen. Nevertheless, this was a big year for Norway and North Macedonia (who won the televote and jury vote respectively without placing in the overall top 5) and of course for Duncan Laurence who managed the Netherlands’ first contest victory since 1975. Norway performed 15th on the night as KEiiNO performed ‘Spirit in the Sky’, an ethnic-tinged banger that packed a lot into three minutes without feeling awkward deserving of its televote victory and 6th place finish. Italy performed 22nd on the night as Mahmood rapped out ‘Soldi’, a hip-hop number with Arabic influences designed as an autobiographical reflection on his upbringing, that touched the hearts of many and finished in 2nd overall.

Eurovision Championships Semi 2. It’ll be Israel Vs….. who?
Created with PollMaker

Please vote no later than September 15th when the vote closes and soon after, the winner of this match-up will fight the ultimate battle against Israel to be crowned Eurovision Champions