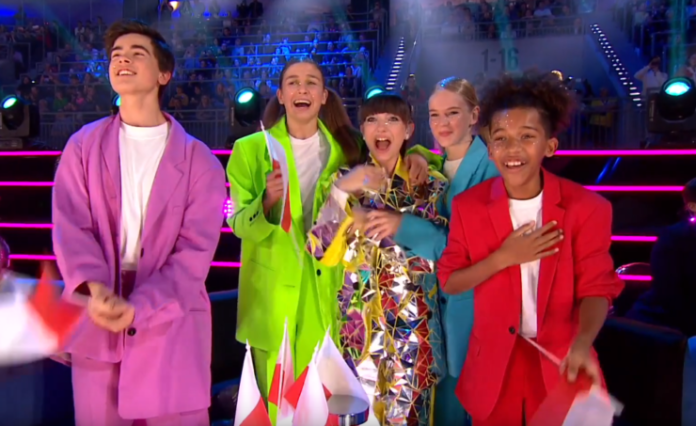 So after a week of competition that I didn’t attend in Gilwice in Poland, Poland has taken the crown to become the 17th winner of the Junior Eurovision Song Contest.

In front of a television audience of tens (because of the time slot and re-positioning of the contest a couple of years ago) TVP showed the audience exactly how this contest should be run. Slick visuals and great inter-song postcards meant this looked and felt just as a Eurovision should, but with younger and arguably more professional participants.

This year’s contest had a massively wide breadth of songs which is something the junior show is noted for … rather than the outdated notion that kids should be seen and not heard.

At the end of the day, Poland took the crown with 278 points, beating Kazakhstan and Spain into second and third places respectively. 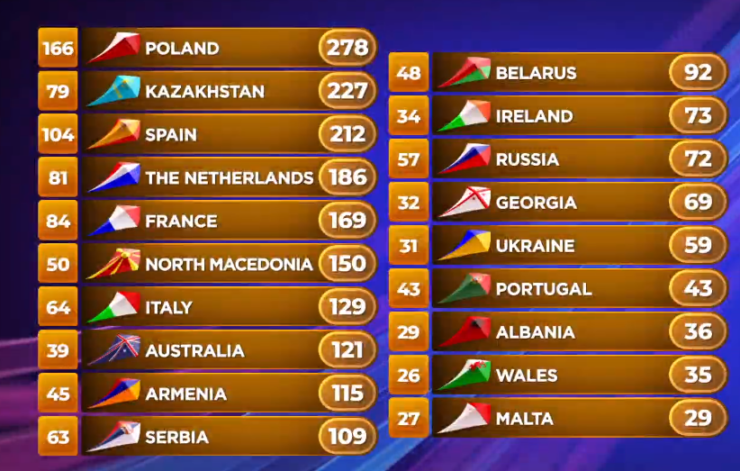 Twelve countries took part in the contest, having the smallest number of participants since the 2013 contest (some countries pointing the COVID-19 pandemic situation and travel restrictions as the reason of their withdrawal), with Germany participating for the first time.

France’s Valentina was the winner of the contest with the song “J’imagine“. This was France’s first victory in the contest, and their first win at a Eurovision event since Eurovision Young Dancers 1989.

Kazakhstan, Spain and The Netherlands finished in second, third and fourth place respectively for the second year in a row, while Germany finished last.