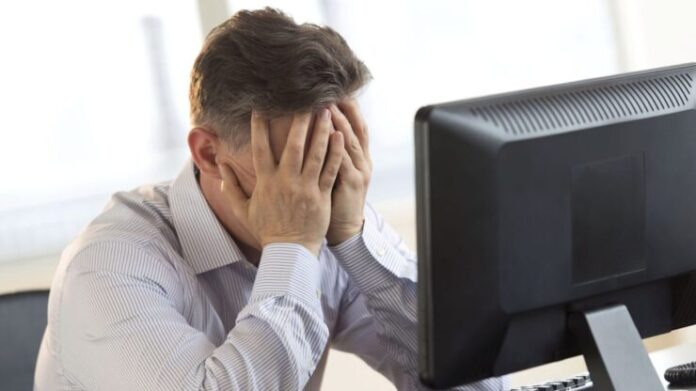 So, somewhat predictably the UK finished last in the Eurovision song contest for the second year running. As you can guess by the way I’ve written that sentence, it doesn’t come as a surprise to me either. There are many problems, many many problems which the UK must overcome in order to progress ever so slightly up the table the main one of which is the BBC itself.

I don’t like saying that. I don’t like the fact that my own broadcaster keeps propping up the table every year to the chagrin of most people. Most of all I don’t like it when everybody knows it’s going to happen and the only people that don’t work for the BBC. It seems that whatever we do we are doomed to failure. Make no mistake reader, this failure sits squarely at the door of BBC light entertainment. Why do I say that? the answer should be pretty self explanatory, but if you want me to, and I think you do, I will explain it for you in painstaking detail.

The first and most obvious point is that the BBC still thinks this is the light entertainment version of the Eurovision Song Contest and not, as everybody knows, a vehicle to get people in the music industry seen by an audience of tens of millions of television viewers in prime time Saturday night. Not only do they think it’s an ‘end of the pier spectacular’ from 1975, but they’re still trying to win that contest with the calibre of songs they get in. This simply will not do anymore, anybody who knows anything about the contest knows this. The only people that still don’t are at the BBC, whose key performance indicator is “how many people watch the contest”. And, yes, whilst this has gone up considerably since 2019 the fact of the matter remains the result is still the same and they’re not doing a blind bit to change it.

James Newman’s talent deserved better than bottom and no tired old arguments about how Europe hates us and how Brexit played a part and etc is going to paper over the fact that the BBC has stopped caring about the quality of the songs it presents to Europe, despite telling you differently. Our last 8 results are the best of the bottom 3, though that’s not much, 19,17,24,24,15,24,26,26 and the tie-up with BMG is papering over the cracks and hides the fact that there is something fundamentally wrong with the management of BBC television, if only in mindset.

So what are the facts? Facts are nobody voted for us. 18 out of 195 jurors thought James’s song was in the top 10, and that simply isn’t good enough. Televoters saw a tired old BBC performance and didn’t vote for it, well most specifically they actively chose not to vote for it because there were better songs in the contest. The BBC should take a long hard look at itself ask how this happened again and try to move on from it. They won’t, but we live in hope!

Now for once in these look backs I’m going to bundle a couple of songs together and what two better songs to shove together than this pair.  They are awful. Some sites won’t tell you that, but the God’s honest truth is that whoever thought of entering these songs knows nothing about winning a televised singing competition.

For Germany the route is clear. NDR has lost the plot and have allowed someone who acts like he doesn’t care to write a song where he literally doesn’t care and no one is shocked when it gets 0 televotes. You can’t rip the piss out of the thing you are trying to win, it just doesn’t work. That production meeting at NDR would have been either very trippy or super short because zero thought was put into the question “Who the hell is going to vote for this?”  Jendrik couldn’t even sing his own song live at the rehearsals and the writing should have been on the wall from a long way out.  This should not have even passed the selection stage, let alone be the “best” Germany can find! The TV Execs will, just like the UK, tell you that they are doing their best and etcetera  but take a look at the history NDR. 21,18,27,26,25,4,25,25. ONE decent score in the last eight attempts and you have clearly got a case of BBC-Itis. Just because you pay to get in does not mean you don’t have to play.

Spain is exactly the same, but in different ways. Let’s look at their last eight entries. 25,10,21,22,26,23,22,24 – again, not very sparkly and, again, the songs have been woeful in the main. Spain hasn’t had a single digit finish since 2003 and since ‘Dime’ has only hit the Top 10 three times. RTVE can’t blame it on Brexit or Politics or <insert UK press reason here> the truth is, like Germany and the UK, their songs just aren’t very good and/or popular. Spain’s flavour of shite this year was Blas Canto who decided to sing about his loss of his grandma to Covid, but instead of trusting the song to tell the story, he relied too much on his good looks and that didn’t mask the fact the song itself was insipid and, frankly, boring as all hell. The big moon on stage which was clearly supposed to represent heaven and all that carry on, just made little Blas look even smaller than he is in real life. Again, another instance of someone in TVland not looking and going “meh – we can be back next year”.

IT IS NOT GOOD ENOUGH TO TURN UP AND BLAME EVERYONE ELSE FOR YOUR FAILINGS.

It’s a singing contest which the bottom three all help pay for. Get your fingers out of your ears and listen to people – work with the fan community and not decide we’re all just freaks that sit in once a year. We’ve got knowledge in abundance if you just let your arrogance come down.

If anyone is to be feeling somewhat aggrieved here then it should be NL shouldn’t it?

Jeangu pitched up with a perfect song delivered seamlessly but, and here is the crux of the matter, Europe doesn’t want a deep and meaningful sing about oppression and stuff on a Saturday night in May when they are trying to get over and through a pandemic. They want escapism, they want something that they can look at and go “I like that – it’s fun” without being too…. Dark.

Oh and by the way, Europe isn’t racist, just so you know, they just chose something else.

Flo Rida and SMRTV must have wondered what all the fuss was about but for very different reasons. Flo was literally flown in (and out again) for the two shows and SMRTV should be wondering how on earth they let such a good result with a good song slip through their fingers. They should start with the styling och consulting of their lead singer for starters. I mean did the song really need all the iconography with the head dress to start with? I know she is fostering the “freaky” motif from her youtube exploits, but Europe’s televiewers rarely care and, even if they did, there was vocally much to dislike here. The staging was also too distracting and busy, even when you’ve essentially got some dancers and a microwave turntable, they still managed to make it look all sorts of messy. Sir Hat will still be sniggering.

Just not good enough sadly.  Shoved on after ‘El Diablo’ as a change of pace and in the dreaded 2nd place in the running order, Anxhela was having an uphill struggle from the moment she started. It got 12 from the Maltese jury…. Strangely. And 10 from the North Macedonian and Italian televote, both places that love a bit of drams but very little of note from anywhere else. Just not good enough.

If San Marino is wondering where things have gone wrong then Ictimai would, hopefully, be doing the same. They will think that their touch has deserted them, because they have entered this kind of thing a million times and it’s always done well. Well yes, but this time you have done it on the cheap by recycling last year’s staging concept (and last year’s song) and Europe wasn’t blind. There was a feeling of going though the motions with this one, and whilst it does have a sing-along chorus and is hummable, in a strong year there are easy cases for putting other songs above this one.  Like 19 others.

I should have stuck with my first thoughts on this one. It’s  too dark and moody for anyone to televote for and, apart from Lithuania and Ukraine with a two and a one respectively, I was right. This would have just passed the very average televoter by because they will see it as “that broody one that is on in the background” and if it doesn’t stand out, you’ve lost half your score. Also, as predicted, a number of juries thought “yeah, this has some merit”, but not in tons because, well, getting small amounts of points doesn’t mean your song is shit. It just means that it doesn’t score enough. 71 with seventeen juries and just three with the entire televote of Europe.  A song that melts into the background noise of a shouty contest here.