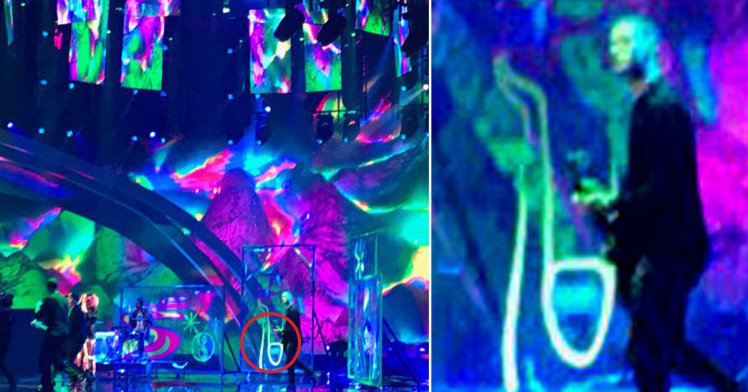 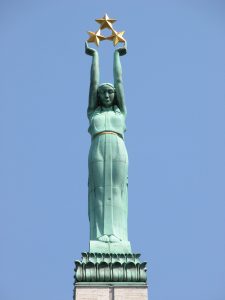 Apparently on Twitter it seems that Penis-gate isn’t a thing.  I have been (sometimes forcefully) told that the neon shapes in the Latvian background are not a spurting  phallus. Apparently this is a picture of the Freedom Monument in central Riga.

All very well and good.

However, as you’ve seen from the picture (not doctored by this site), it looks like a penis…. people at home are going to think it’s a penis … the commentators are not going to have time to explain what it is meant to be. In the collective consciousness, anyone who spots this will question why a family show has allowed the backdrop designers to include a penis.

I mean, look at the photos!

The average commentator will have 40 seconds to explain what the image actually represents, if they choose to. Most (if not all) won’t.

Penis denyers will do well to remember that viewers won’t care what it’s supposed to be, they’ll see what they want to see. I assume they’ll Twitter bomb the entire viewership!

So what’s this weird fascination with you Anglosaxons about penises? Don’t you have sex education in school? Are you collectively, like, five years old? *giggle giggle* eeeek, it’s a penis! *giggle giggle* For heavens sake, get over it! We get bombarded with female breasts everywhere, just in this semis, Claudia Faniello is throwing her cleavage at us, so what’s the problem with male genitalia? I mean, apart from the fact that it’s obviously a drawing of a man throwing his hands up in the air, like he should to a dance stomper like this one? But okay, if one will, one can also see an oddly shaped penis. Who cares? Over here, everybody will focus on the very hot drummer instead.