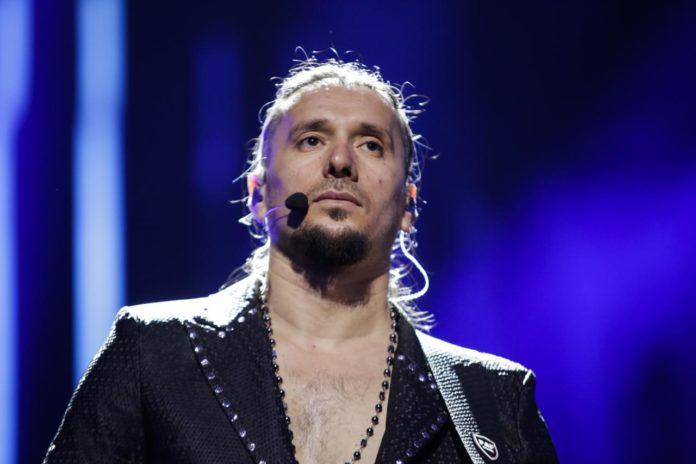 Albania is up now. Lovely furry Eugent Bushpepa. For a rocker, the first camera shots indicate he’s looking a bit brushed up in a jacket, but it soon becomes clear that his lapels are studded, and his right sleeve slashed to show his bountiful tattoos poking out from underneath. There’s plenty of tattoos on display with the guitarist and the drummer too. I’m very well catered for.

It’s a band set up, with two backing vocalists, and like Iceland there’s no real surprises here. He’s vocally good, until we get a couple of moment where he launches into a shouty bit. I’m not sure how well this will go down with the more casual viewer thinking this is a mainly pop Contest.

I began to like this after he did a great performance in Amsterdam, but I think he’s going to be thwarted by the strength of the competition in this semi-final. It’s early days here, just three songs in, but there’s a lot of good songs to come.