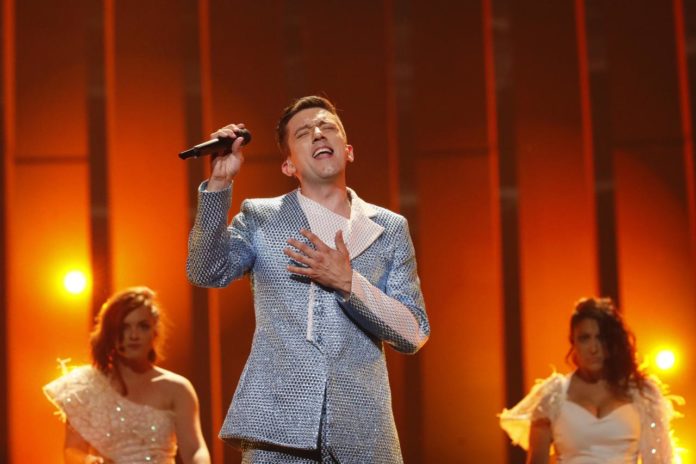 Vanja Radovanović almost didn’t get to perform in last night’s Eurovision semi-final. Six members of the broadcasting council at Montenegrin RTCG called for him to pull out of the Contest, following an off-colour joke about cancer and deafblind children.

The Director of RTCG, Vladan Micunovic distanced himself from the unacceptable comments, and stressed that Radovanovic was not speaking for RTCG. Six members of the Montenegrin national broadcasting council subsequently supported a call to withdraw his song from the semi-final line-up.

As it happens, the singer didn’t make it to the final, and Radovanović issued an unconditional apology.

Earlier in the week, during a Blue Carpet interview, Radovanović admitted to having a ‘peculiar sense of humour’. When asked why he was often offhand with his backing singers, he replied, ‘They are girls, I am a man. Nobody cares about the girls.’.