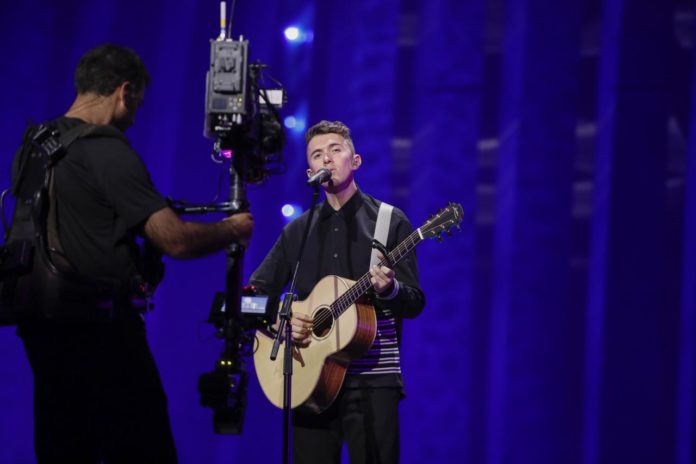 I was scared with this one – scared that this would be “the one with the gay dancers”, but thankfully it’s not turned into that. However, confusingly it’s turned into the “why is he singing at the girl at the piano” song.

They still have the boys dancing – and they are not overused – but, conversely when they come on stage they look like a couple of punters coming over the rainbow bridge. If I’m being brutally honest, it looks messy and slightly disjointed. They have a snow machine (no idea why) on the boys at the end, and Ryan doesn’t connect with the audience because he only looks down the camera twice … and that is no where near enough.

Ryan’s voice still grates on me and they repeat a phrase over and over musically, which is just needless.

Having said all that, though, real people have (in the main) not seen the preview video. They’ve also not seen this rehearsal. What they’ll get next Tuesday is a break-up/make-up song sung sweetly, but I can’t for the life of me think why those people would pick the phone up and vote, considering there are so many good songs in this semi final. I don’t think at the moment it stands out.