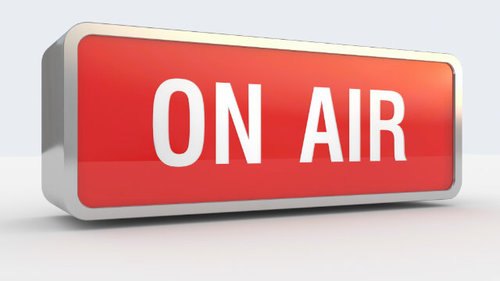 All times shown are in Moscow time – Read from the bottom of the page to the top.

1606 – Spain. This is a contender to finish in the bottom 5 if not the bottom one. The Introduction has been slowed down and Soraya clearly can not sing this song and is in all kinds of trouble with this dog of a song….

1558 – UK of Stuff. ALW needs to stop gurning at the camera and actually look like he loves the song…. However, having said that it was a good performance of the song but, and it is a big but, The focus of those camera shots need to be of Jade and NOT of him. It was only a rehearsal and she did sing it well… All being well it should still be top 10 and possibly Top 5 – but NOT with that performance.

1551 – It’s those Bolton Girls again…. This looks a right load of shite on this bit of the contest to be honest. It probably got through by right in the semi final but I think I have been knocked for six by a show of nipple. And so was Elena because she fell over!! – Too much Bolton Drink?!

1547 – Ukraine. After Germany this now doesn’t have the impact that it had last night – and yet it’s still in with a shout but the camera work needs some sort of improvment. There are too many long shots but it is still one of the best things that is in this contest and with better camera work it will do very well.

1544 – Presenter break to get the Ukraine’s Hell Machine on stage!!!

1542 – Norway. It has taken him 2 weeks to grow some stubble – but he needs a shave. Being a stage school protege he knows when to turn the charm on and he does that when the camera is on him. I do feel that he was a bit shouty when he first came on stage and there is a look about him as through he is getting bored of his own song. He too is a little off key but it isn’t a stand out performance that he needs to win the contest.

1538 – Albania. This performance was very bad and off key, she’s probably stunned about Dita as well!!….. She needs to get it together in order to make sure she gets the top 10 finish she deserves!!

1535 – eeeerm… OH YES, Turkey. I feel violated BUT if Germany do something like that, then This one is dead as well because by the time Europe have calmed down this song is half way done. You can almost imagine TRT’s phone call to Svante can’t you….

1529 – Germany. This is still all kinds of wrong. Alex is wearing the tightest silver trousers you have ever seen and lots of chains around his arms and it just looks daft! and then “she” appears. And strips and nipples are shown. There are gasps of NOOOOO in the press centre!! This will not be the perfomance you will be seeing in 36 hours. Remember the performance can not bring the contest into disrepute!!

1524 – Denmark. Estonia may well have killed this one stone dead as well. Mr Bland gives this one the performance that you all expect and demand from this song – but I feel that he will give nothing extra which is the problem in the final. I suspect that he will not be able to take this song up another notch which it needs to get through to the higher places on the scoreboard.

1521 – Estonia. This is gonna kill Malta STONE DEAD. The first 5 notes were haunting and straight on key. Another dark set for this – but hell fire its a well performed simple song that should be coming in the top 10 if there is any justice and sense in this world. Welcome back to the Final ERR!! 😉

1520 – Malta. Une web problem technique for us there – Malta was sooo off key it hurt my ears.. Sorry Love, Bottom 10 with that one.

1513 – Moldova. Loud and brash contrast after the faux party line of Bosnia. And this might help it though, technically, everything after a break is dead in the water… But maybe Nelly knows something that we dont!!. It does, however, fail to capture my attention which is also a worry!

1508 – Bosnia and Herzegovina. This just bores me now. It is still a very good song and has all the usual elements that it had to start with – but I feel coming this middling in the draw is going to work against it – especially with the big guns to come, this could well get forgotten. Performance wise nothing has change but its now just unmemorable.

1504 – Azerbaijan. Oh dear god – The introduction came on and then he almost MURDERED the first note of the song – a palpable “oooooh” came up from our table – and then it just got worse. They have mugged the life out of all the notes in this song – I know its a rehearsal but this neds to get a whole lot better in a hurry and they need to remember which notes to hit otherwise this is doomed!

1456 – Russia. The 2nd of the ex-Soviet trio in this bit. The home town entry contrasts the 2 that have come before it but in a bad way. This now sounds all shades of wrong and the camera really does put weight on you from the wrong camera angles. It has Glenis Grace written all over it in terms of staging, vocals and results. Whereas in the UK entry it’s all about me – in this one there is too much her and not enough song!! – And the ageing version of her in the background is really freaking me out!!

1452 – Armenia. Take note Sakis, this is how a decent song should be performed and staged. They dont do anything they didn’t do in the semi final but the combination of ethnicity and another goddamn blue stage set and dancing will mean that the quality of this song which again was performed perfectly will shine through against the overblown self hype of Sakis and his “machine”.

1448 – Greece. Even though I don’t like the song – It has to be respected for what it is. It is a very big star strutting his stuff across the stage. Beyond that, however, It still looks messy with lots of very bad dancing and, as has been mentioned before, Alex Panayi actually singing the song off camera for Sakis – AGAIN. This will pick up votes from the usual quarters – but It is not going to be anywhere near enough. It is a one trick pony.

1444 – Iceland. 2 Nice songs together, however, could well cancel themselves out – and I fear that this is the case. Johanna is still nailing this song after a shaky start at the start of the week. This is miles better than the one before it – and miles better than the shite that comes after it, It is one of the 3 stand outs of the first quarter along with France and Portugal. This must be put back into contention for a top 10 – they all look and sound spot on – huzzah!

1441 – Portugal. RTP must have been having a collective heart attack when they got through for 2 years in a row. This one though gets through on it’s own merit. It stands out in this draw for the same reason that it did in the semi final. It’s a nice simple song sung well… She doesn’t over sing the song – she doesn’t over sell the song and after Sweden and Croatia this may well mop up scores from all over the place. There are no bad notes and the performance is very good indeed!!

1436 – Croatia. This song will have the effect of the nice simple song following the overblown hideousness of Sweden. He sounds very bass heavy and slightly off key and her wailing isn’t helping. BUT, it has plenty of friends and plenty of people that will like this kind of thing.

1433 – Sweden. From the sublime to the stupid. Malena is all sorts of wrong after that performace. She looks totally out of place in this contest. I suspect that the Juries have saved her once, but they surely can not save her. On the screen it still looks awful and that 500,000 Euro dress has changed slightly but overall – it has no effect other than going “hahahahah” after France.

1430 – France. She’s got me doing it again – She has me mesmorised on the screen – I cant take my eyes off it. Wearing a blue dress on a dark background and in ONE spotlight it is a very simple performance of a very complex and lovely song, sung by someone that knows what she is doing. this will suffer from being early on – but, by god, after the 2 that have gone before and the one that it is to follow – there is a hell of a lot to like about this… Is it too difficult for the televoting public to understand??

1425 – Israel. The draw has conspired against this song if I am honest. I dont think that Noa and Mira will be doin cartwheels. Again, however they forgvet the first notes of their own song – clearly written in a key they cant get. However, the song builds as usual but there are just too many shaky moments in this song to get it remembered or even voted for. It is cynical and sacharin coated and that will not help it in this company. This is stone dead at the bottom reaches of the scoreboard!

1421 – Still waiting – They may be running through the start again – and then there was the Postcard so hopefully we’ll get a song, which we do. This song still has too many words for me – but it was lots better last night than it was previously. Sasha still performs the song well, and looks like a performer that believes what he sings. However, after the start which whets the pallette and then the fact that this is at the beginning of the contest means that it may well be forgotten. That is not to say it is a bad song, because it isn’t.

1415 – And then the presenters appear after a short pause! – Alsou has borrowed Malene’s dress and has dyed it Yellow. Thankfully they explain 50-50 and Alsou’s French is fabulous.

1409 – Well we have a start!! – Lots of Matrioskas on stange and dancing and Cirque du Soleil Dancing – followed by Dima singing the winning song in remix having been brought down from the ceiling on a harness then stripping off and diving through walls and all sorts of things on a treadmill – all of which is suspended above the stage. I have not seen anything like it!

1352 – Well I decided at short notice am doing the rehearsal blog. Keep refreshing!!!!