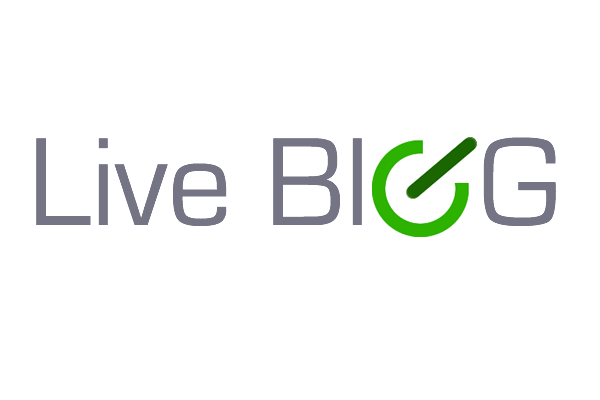 2302 – It’s amateur hour at the Guinness Factory here.  Its not a bad performance by any means, but it comes across as a bit too plastic singer and, it has to be said, slightly out of tune on the high notes.  It’s forced and whilst Ryan is charismatic, it isn’t coming across to the Juries.  This is in danger of doing far worse than it should.

2254 – Norway.  A Reporter on SVT this morning said that this was too like Euphoria.  In the way that its a woman singing, surely.  Margaret Cheese Burger with Extra Jalapinos was very good – simple staging, possibly being carried by a backing singer but over all, again, another danger.

2250 – Missed Ukraine as was doing something else.  Italy seems too forced and over performed, he needs to tone it down a bit and look a little bit more interested.  The last night made him look silly but its jury fodder!

2241 – Greece is Dangerous as well – This has just enough cookiness to get in the minds of your usual voter for them to remember it when the voting lines open, possibly more so than Denmark and thats a good thing – Even when the lights go out and the instruments light up, it looks fab to be honest – It’s very well performed and despite me hating it at the time of its choosing, I can see its the right choice now – Top 10 at the very least.

2237 – Azeri in a box!! – Am still sure this is Grab a Gran(d) night down at the Baku Baku Crystal Arena…..  Farid sells a dog of a song really well, he looks the part but seems to be straining.  Muted applause in the Audience.

2234 – Iceland.  Well slap my thigh and call me Poopy mc Poopshoot pants – this should be NAILED ON for Top 10 and more than likely Top 4! – Eythor is a big man with big notes and a big performance – He didn’t make me cry this time, because I am in polite company, but damn, thats good!

2229 – Denmark – This is good, dont let anyone tell you otherwise, however its not a nailed on cert.  Don’t be surprised if it wins, but it does lose some impact on the TV .

2221 – Robin Sternberg or whatever his name is has lost 15kg apparently, but clearly from his vocal chords – He strains too much and when Sweden get a middle to bottom position with this, they will be shocked, but he just isn’t good enough to get any higher – Home town votes aren’t helping this.

2214 – UK!!! – I gave that 3 minutes of undivided attention and it was a good job *we* might have bought a top 10 place there.  We’re used the riser, the lights (armbands), a decent singer , what could possibly go wrong.  Have we got the receipt though, just in case the juries didn’t like it??

2212 – Romania – As my dear old Nan would say – it’s a pig in a poke…. It looks good and is well performed, but it’s a wrong un, and Cezar is certainly one of those…..  He thinks he’s the dogs, he’s actually not, but it’ll get the ironic and the fun televotes.  It’s not a big danger, but dangerous in all the wrong ways.

2209 – If the Netherlands is now after the break – she’s doomeder than her dead birds that she’s singing about – TROS must be gutted to get through and then get shafted by the curse of the advert break.  It’s still a good song, but helplessly marooned now… oooh… macaroons? 😉

2201 –  Armenia – It’s an earnest enough song, and It probably had the juries in the semi having wet dreams over it – however i’m still not sure about it.

2156 – Natalie (sans Cascada) has been having issues all week with the singing of the high notes, tonight she seems better, thats because she had to be.  Backing singers are covering any mistakes but, and it’s a big but, it’s another great song.  It has holes – i.e its every Cascada song ever made mashed into 3 minutes but thats not a bad thing, the question is – will the Juries be snooty over populist music because, make no mistake, this is getting votes from across Europe tomorrow night – and the camerawork is immense!

2053 – Princess Fiona certainly takes this song to places that it shouldnt be anywhere near.  Its a gurt big disney ballad that should have no place in this contest – and yet, its off with the message but well performed and the lights are a cracking touch on this.  This is a BIG BIG BIG danger to the perceived winner – it’s not all over kiddies.

2049 – we’re all fucking off to Malta!! – We’ll if we’re not we damn well should be! – Gianluca got me crying *again* – and I’m not the only one.   Cheeky, slightly camp, sung well, crowd interaction could well have an Olsens Moment – it proves that a good song still does well here.  Excuse me while i dab my eyes….

2044 – Those Ice Cream Sellers from Belarus are next.  She’s been plying people with cakes and sweets all week – though only delegations in her semi, bitch!! –  Thankfully I share a flat with an Irishman, therefore got to sample her fudgey delights! – As are Europe’s judgely public and are, hopefully, going ” What the HELL is this?” – its just a tad outdated for them, it’s almost as though their dictatorship have written the song themselves! – However, as its written by the man that wrote Belgium in 2002, it certainly has a pedigree.  Hacksaw just commented its almost like she’s thinking about the words, and she has a scared look in her eyes again…. all a bit too formulaic.

2140 – I turned to a Esteemed Riigi and said ” Why is she singing about Marmaset’s in this song?” – He’s promptly whacked me with a Book o Words and stomped off in a huff! – However, he’ll be back I’ll  be bound.  Back to Birgitta – It looks good on the screen and is a good contrast to Roberto.  she’ll do right well – and my arm is now dead with Estonian pain.

2136 – Lil Roberto from plucky little Belgium looks like he is enjoying himself although the camera angles aren’t doing much to assist him here I think – He has grown into this song like a man in an ill fitting suit and should win the “most improved” song award.  Yeah, He’ll do OK.

2132 – The Spanish may like this song, but it now looks hideously out of place and, to our ears here, out of tune – thats the deathknell to this song, even if it wasn’t doomeder than a doomed thing.   The Yellow Dress isn’t helping the lead singer, and neither are the hideous suits – Israeli Styling och Consulting? – It could end up being My Lovely Horse for real and accidental last! – If you can get money on it for last, I would..

2129 – and no, kiss is still in .  It still looks brilliant on stage and if anything they should play up to it even more – the quick change is really well done and as it’s the first uptempo one, even better – However I fear that the same broadcasters that complained will “mark this song down” – and that’s the only revenge they can get.

21.26 – Finland up next – Hoohar East of the Urals about this one and the “lesbian” Kiss.  we’ll see if anything changes.

21.24 – Hacksaw says ” She doesn’t half sell this one” – and by cheese he’s right.  She has to because there is such a lot in the bottom half of the draw that is gonna send it plummeting down the order sadly.  Her Vocal was off on the high notes here and could mark her down.  We’ll see.

2118 – ….because they have to fall asleep to this next one –  Andrius has got the crowd clapping before he starts.  To me, in his leather jacket he looks like a younger and better looking David Hasselhoff, including licking his tongue out at the juries… That’ll get him the cheeky votes but I also think the televotes will like him, but only a little bit.

21.15 – Amandine looks like she’s been dragged through a hedge backwards – but that is her appeal, even her dress is ripped at all the wrong places for the likes of me, and the right places for Riigi and Hacksaw.  I am told she looks “dirty” – and I have to agree – she is feeling herself up and and fellatioing the microphone – I’ll need a lie down, but the Juries can’t!

21.11 – Petra tells me that Europe was brought together by music – and 57 years later, it’s torn asunder by popular song – Hasn’t Europe developed!!

21.04 – Its come alive on the big screen – hoorah! – And now, the best non-olympic opening ceremony you’ll ever see – Flags of all competitors and all sorts of shenanigans!!

20.54 – Hello, OnEuropers (Which I believe is a real word now) – welcome to our live blog of the final that starts at 2100.  Riigi is in the hall, but he ticked the no publicity box and covered his face with a Union Flag….. Bastard!