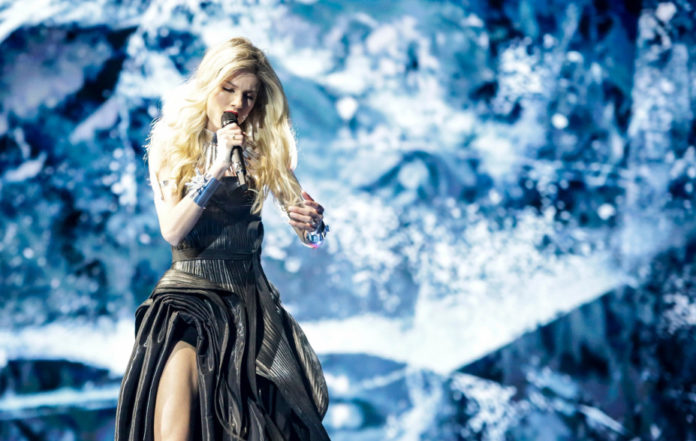 Well this has been hiding in plain sight for a long time, hasn’t it?

Serbia came on, all guns blazing with an old school Balkan Ballad. It was heavy on on-stage graphics this time, which Nevena seemed to control with a gesture. Whilst not vocally great (by her own admission) on the first run through – I think she said she either couldn’t hear, or had a mic issue – she still gave a really strong, noticeable performance of this song.

Second time round, though, the song seemed to stand out even more, but in the opposite way to ZENA. This, it could be argued, would be the perfect song for juries: strong, Balkan, well-written but – and it is a good but – it’s also got enough for Mrs Bjornsdottir to tune into visually … and all the notes were hit as well, which will reinforce everything.

It’s old fashioned, yes, and harks back to a simpler time in this contest.

That’s not a bad thing.