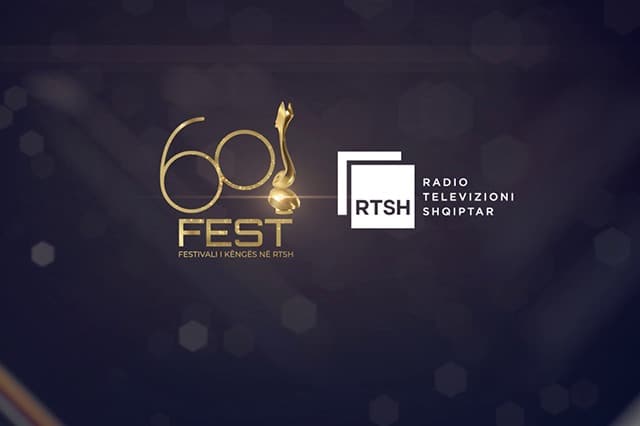 o, after a final that took three days which included a pointless “getting rid of three newcomers because we can” on night one and then, on night 2, they had duets with old Festivali acts for… reasons? – We finally got here to the final of Festival I Kenges 2021!

Scheduled for 181 minutes but taking far less longer than that, the final had a theme of Pop Art meets pop music, seemingly, with all the onomatopoeic WHAM and BOOM art that you associate with Roy Liechtenstein clashing violently in both colour and style with the seventeen acts that took to the stage.

Some of the performers seemed to lose their tuning on the way to the stage and the presenters lost their fashion sense at the same time.  What did happen, though, is a variety of things ranging from women sitting down on office chairs singing, to a long haired version of The Joker singing a song, to some of them actually being sung in English – well presumably it was English..

There was a jury of eight music professionals who decided the winner from the seventeen “acts” listed below.

For the record, I got to song 5 before breaking out the Whisky because Ester sent me over the edge with her vocals!.

12 July – My heart looks for a station, and in you it stops

[…] RTSH is always one of the first to stage its national final, with Festivali i Këngës taking place just before Christmas each […]