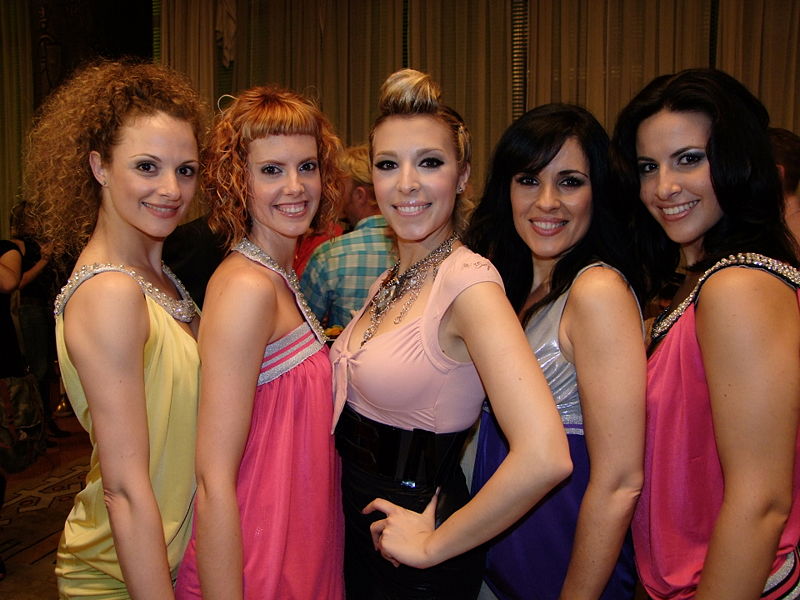 Phil: It may well have a quite weak start – however, then have changed the key in this song and it is now a clearly old skool Eurosong of the highest order – not out of place in ESC 1983-4-5-6. This is a good thing. It is soooo different to anything that has gone before that this could be a good thing – vocally she is strong, but she isn’t doing anything choreography wise that has not been seen in this contest for the last 25 years!! – It’s ace!! 😉

The reasons why Europe will vote this through, is because it is in their comfort zone. It is everything they have been used to, in a contest that has grown away from them in recent years. However, she does visually suffer from the Isis Gee teeth of death though when the camera is on her.

Nick: It’s all there. That Marta Roure smile and slightly dubious choreography that initially looks quite good but turns out not to be, the Jenny sit-in-a-pile-of-backing-singers opening stance, and a face that launched a thousand farmyard impersonations. They’ve learned nothing whatsoever since 2004, and I love them for it.

Everything today’s qualifying, including Gisela. It’ll be the small island nation of Andorra’s first time in a Saturday show, and they’re welcome to it. And her hair’s in plaits! Ooohhhhhhh! It’s the future, I’m telling you. I’ve seen it. In a loving and respectful way.

21 January – Go and explore inside your inner universe

16 January – The dream of a midsummer night

1 January – In a fairy tale I found you