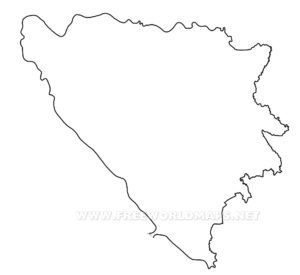 We obviously would like to see more countries taking part in our favourite TV show. There are a few who have tried their luck in the past, but currently sit on the sidelines so they can point and laugh instead.

One such country is Bosnia and Herzegovina. They joined the whole fray with gusto back in 1993, and even managed a third place. But since 2016 they’ve decided to save money instead. We miss them. Anyway, in 2010, BHRT sent today’s birthday boy Vukašin Brajić/Вукашин Брајић. He got the plum draw of going to the massively expensive city of Oslo – he must have loved that – but at least his country could have a good old slap-up shindig at the country’s embassy, with all the food and drink that goes with it. Vukašin made it to the Grand Final, and acquitted himself quite well, even though he didn’t make it to the left-hand side of the scoreboard. But he did predate a certain Russian with his Thunder and Lightning catchphrase.

18 October – All men are so conceited

Bosnia and Herzegovina first participated in 1993, after coming second in the qualification round “Kvalifikacija za Millstreet”.

Prior to 1993, Bosnia and Herzegovina participated in the Eurovision Song Contest as part of Yugoslavia.

Bosnia and Herzegovina’s best result was in 2006, when Hari Mata Hari finished third with the song “Lejla”. This remains the country’s only top five result in the contest.

Bosnia and Herzegovina briefly returned to the contest for the first time since 2012 at the 2016 contest, where they failed to advance from the semi-finals for the first time. The following year they sat it out again after money problems soured EBU relations. In 2017, they confirmed they couldn’t afford to enter again until people began paying their TV licences.

Bosnia won’t take part in 2022. The broadcaster just cannot afford it until it can find some way to make Bosnians pay their TV licence.